Yesterday I went to a football game at an exclusive parochial school, with an extensive, handsome campus. I found myself in a crowd of people with the distinctly unsettling conviction that I was most likely the only person there who realized that the venerable trees surrounding the field were staggeringly damaged by greenhouse gasses. One person said to me, as I surveyed the view, "Isn't it beautiful? It's all so pretty and green!!" 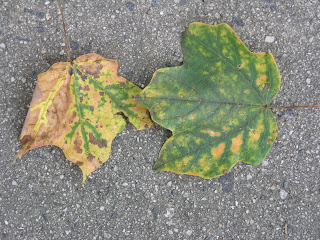 But this is what the leaves look like. These are typical of what is happening on a massive scale. They aren't shading to gorgeous hues of red, magenta, orange and gold. Instead, they are pockmarked, shriveled, scorched, and falling to the ground prematurely in vast quantities. 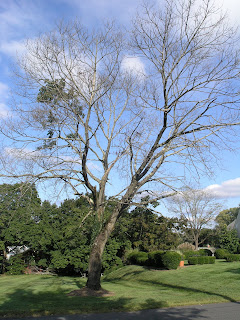 Have people forgotten that trees as recently as two years ago had crowns dense with foliage? Don't they notice that leaves are individually smaller than they should be? Don't they wonder why the sidewalks are covered with dead brown leaves? Does it not seem at all peculiar that leaves are limp, dry and wilted? 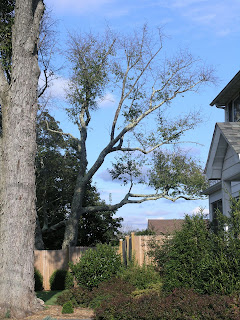 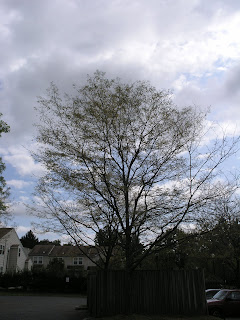 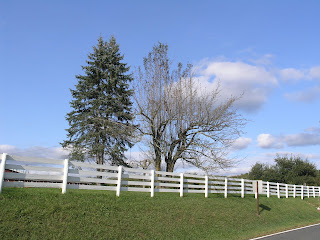 The conifer on the left should be lush and full - the tree on the right has a few stunted pears on it, and hardly any leaves at all. 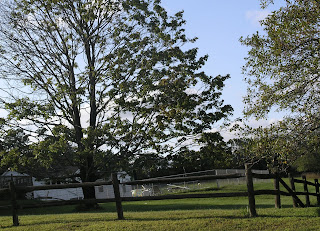 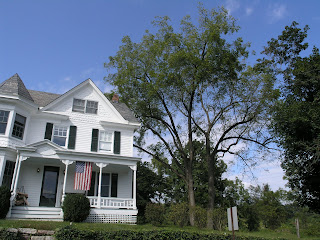 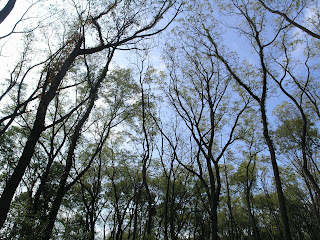 Normally, the canopy of the woods would block out most of the sky. But then, things are no longer normal.


Gradual warming of a regional current has caused temperature-sensitive methane hydrate below the seabed to break down and discharge the gas, the researchers say.