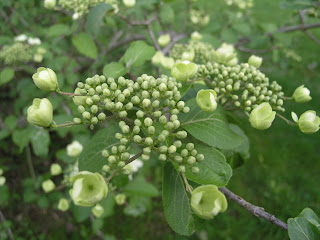 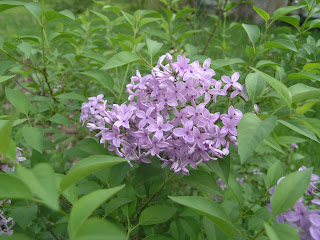 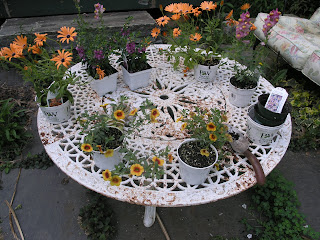 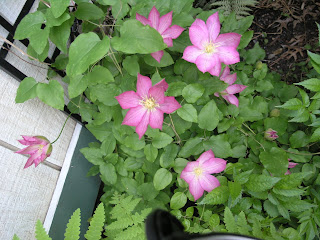 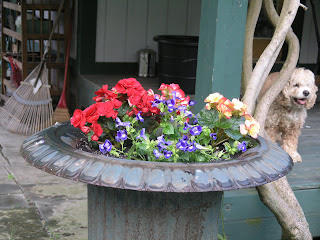 Today, in between chores and plantings, I read this story:

and it reminds me of my visit to Auschwitz, many years ago. My ex-husband was to receive the very first prestigious Nevanlinna Prize at the International Congress of Mathematicians in Warsaw and so, first daughter Moxie and I went with him for the conference. I had been pretty well obsessed, almost, with the unimaginable cruelty that occurred under cover in Nazi Germany ever since the time I first learned about it when I was much younger, a teenager. I was appalled at how hideously humans could treat one another.

So naturally when I wound up near ground zero, I wanted to see it. Everyone in Poland was astonished. Why would you want to go there? There's nothing to see! Their opinion was, it's history, who cares.

But I did find one other wife at the conference with an interest, and we took the train together, with Moxie, who was about 4 years old at the time, through Krakow with a brief tour of its charming medieval market, and then a bus to Auschwitz.

The article referenced above and I'm sure other images are readily available, display the monstrous banality of the Nazi regime. The buildings there are so, how to say, picturesque? They are built with sturdy brick, rows upon rows of them, with trees interspersed, like a delightful development.

What amazed me, never mind the exhibits of teeth, gold, hair, and bones, was the PERMANENCE of it. It was so clear, looking at the carefully built structures, that the plan for culling undesirable humans was expected to last.

All of which underscored for me HOW DESPICABLY HORRID PEOPLE CAN BE. I mean, we're talking dismemberment, suffocation, torture, sexual abuse of children, and cannibalism. Maybe people who shop at Walmart don't notice, but it's a basic FACT that these atrocities are almost the norm!

Once you accept that it is true, you really have to question how we should be moving forward.

Whatever, some more pictures from spring! I wanted to plant all the urns but there were ants in two of them, that's why the little pots are still on the table.
Posted by Gail Zawacki at 7:21 PM