The weather predicted a blustery night so a facebook friend said "...trees down, chance of wind".  I heard one cracking just behind the house at around 5 in the morning and went outside when it was light to investigate. 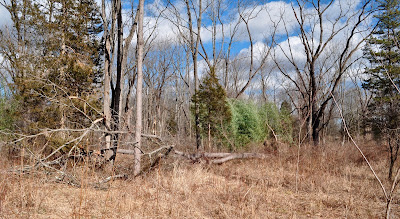 It was a black walnut, it's branches ghoulishly smothered with lichen. 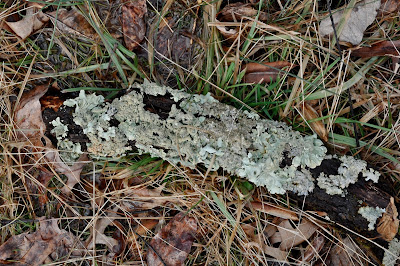 As long as my feet were wet anyway, I slogged further back into the woods, past the deer fence, to survey the sad remains of the treehouse following Sandy.  That ash is situated directly on the property line, so it's likely it was growing at the time of demarcation, around 1770, and allowed to remain as a point of division. 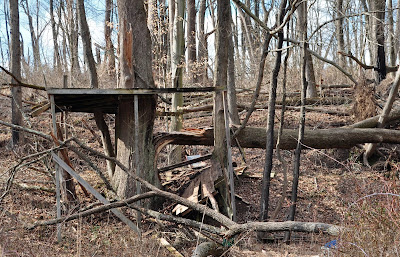 The platform of the treehouse was twenty feet square, so perhaps that gives a notion of how wide the trunk is. 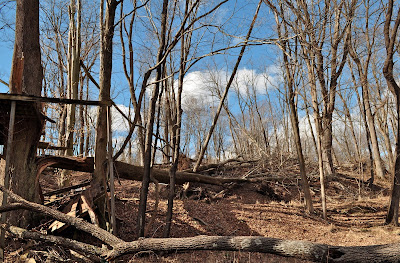 Of course, it didn't fall from wind, really - it fell because it is rotten inside, just like the walnut lying horizontally in the foreground above, with the gaping hole in its trunk.  Others are still standing but no less dead. 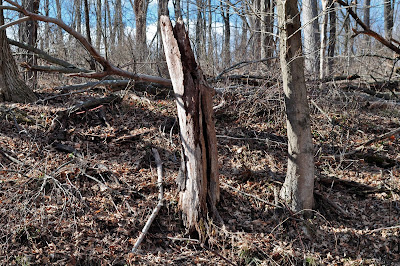 From higher on the hill, I looked down at the wonderfully slick steel slide which I had rescued  from my children's elementary school playground renovation - when everything became plastic - and an old wooden ladder, both of which have been knocked to the ground. 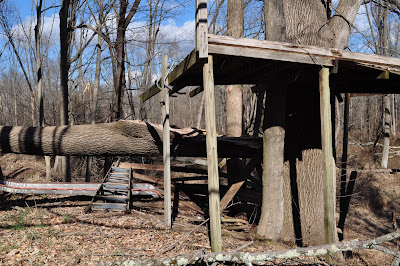 The treehouse was built well before the house at Wit's End was finished, while we were still living in the temporary trailer.  It was of course the home of endless hours of play.  Lately with my thoughts dominated by foreboding I have been dredging up old memories while I still can, and they seem to be predominantly bad - especially the many times I fell far short of my own standards, and regret it.  I was wondering why, why do dark reflections come so unbidden while all the times of bliss and happiness I'm sure I must have had are much more difficult to conjure up?  Why are those countless years without any suspicion of extinction - filled with days of idyllic picnics in the woods, walks on the beach, bicycle rides and children's birthday parties, horse competitions and ice skating shows - so elusive? 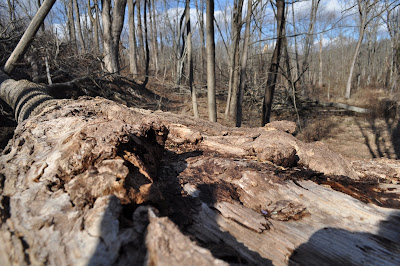 Then yesterday, when I took the train into New York, I saw an adorable child whose father was so irrate and impatient with him I wanted to pick the little boy up and give him a reassuring hug.  Then it came back to me in a rush what delight it was to hold my own daughters when they were little, and with a sudden wrench I realized WHY I don't remember more easily - it's because somehow remembering the good times actually hurts far more than rehashing the bad.  It hurts to admit that they were ephemeral; to acknowledge that they were borrowed from the future, however innocently, and that they will never come back...but most of all to know with certainty that soon, for the rest of time, they will never be repeated, by anyone, including my children. 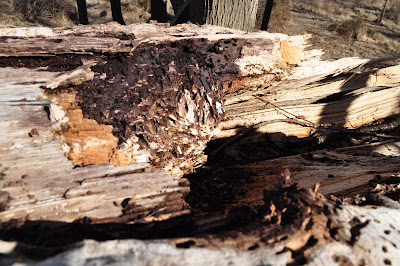 My friends Roger and Susan sent me the next two pictures from New Hampshire.  They will be mustering the forces of GWEN and we will carpool together to DC later this month for the climate rally (for all the good it will do).  We'll be couch-surfing this time, instead of paying for a hotel - and it will be fun. 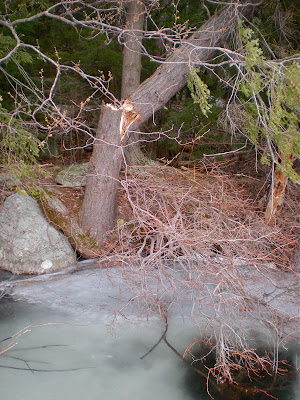 Roger knows I love dilapidated ruins so he sent this charmingly derelict shed too.  We haven't got any pines that green left in New Jersey. 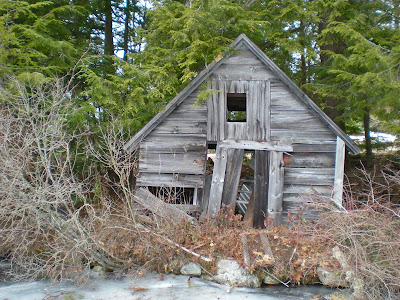 Also my Swedish friends sent me this photo from flying over Greenland, saying they have never seen it so bare.  It astonishes me that the amplifying feedbacks are still largely discounted in climate policy debates, since they have already overwhelmed the much slower initial forcing of warming - which of course was our foolish burning of copious quanties of fossil fuels.  Maybe when the US becomes Australia next summer it will be enlightening. 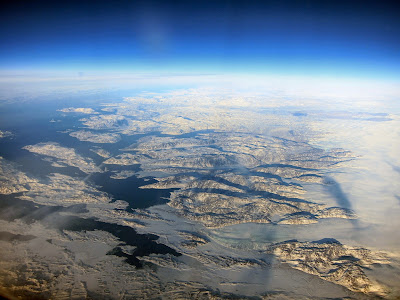 With the exception of that overwhelming majority of people who remain serenely oblivious to a history of failed civilizations, among those few who do understand that our global path is inexorably headed towards demise, they are often preoccupied with an increasingly rancorous dispute as to whether it will happen slowly or quickly.  They are also often obsessed with whether or not it's inevitable, or can - or could have been at some point in the past - averted...but I'm going to save discussion of that for a later post because I just haven't had time to articulate the convoluted debate.  My dad, who has been working out with all sorts of gym equipment, came to visit from the Cape, looking quite robust considering his triple bypass in August. 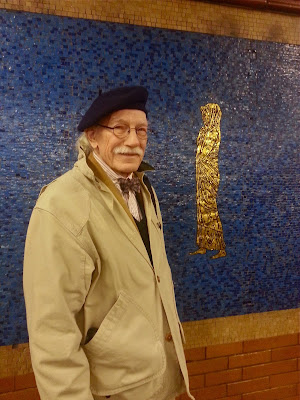 He had tickets to the Saturday matinee at the Metropolitan Opera, where I discovered the plot was even more delightfully comic than Rossini intended.  As it happened, the eponymous tenor was the perfect manifestation of a buffoon known as The Archdruid, a self-described occultist/esotericist (whatever that is), John Michael Greer.  His acolytes hang on his every word as he assures them that with his mystical insights he will answer all their prayers, preparing them for a long, slow, managed descent from peak oil.  But, you might say, climate change.  Not to worry, he knows all about that now.  But, you might say, ecosystem collapse.  No, that will get you banished.  Well anyway, here's a short clip from the opera that will suffice to illustrate the remarkable kinship...and if you don't know who he is, consider yourself lucky and just enjoy the singing.