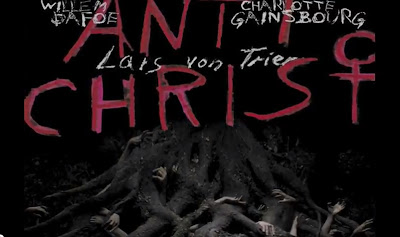 Recently I told some friends that in my darker moments I sometimes would think perhaps the contrail conspiracists have it right, and there is indeed an evil New World Order plot to rid the earth of useless eaters by deliberately poisoning the skies.  This became a bit of a joke because it's almost gratuitously redundant to suggest I can possibly have moments any darker than my usual conviction that we are killing trees with air pollution!  The following disturbing film clip might be that, however.  Humans are hopelessly self-absorbed.

Lest you think dark moments have no levity, try reading another version of the same message, from the Onion:

SCHAUMBURG, IL—In a turn of events that has stunned the worldwide medical community, local infant Nathan Jameson, born just six days ago, has become the youngest person ever to permanently and irrevocably lose all faith in humanity.

“This shatters all previous records,” University of Chicago psychologist Douglas McAllister said Monday. “In all of documented medical history, there is no case of a newborn taking less than four months to develop the mental faculties required to grasp the full extent of this existential nightmare we call life on earth.”

“Considering he already comprehends harsh realities that many people spend their entire fleeting, shallow existences attempting to deny, Baby Nathan is quite the little miracle!” he added.
Though he has not yet developed the capacity for speech, extensive cognitive testing has definitively shown that the shockingly perceptive 6-day-old fully understands and accepts that human beings cannot be trusted, that they remain far too ignorant for their opinions to be reliable, that a lack of self-awareness about their own destructive tendencies pervades the species as a whole, and that most are too ineffectual to successfully pursue even the shallow self-interested agendas that rule their lives.

Sources said the early-blooming newborn was putting two and two together about the real nature of humanity even before leaving the hospital, where his first sensory experiences included the shouts of sick people arguing to get treatment they urgently needed, visitors staring vacantly at smartphones as they sat next to bedridden loved ones, televisions blaring the empty rhetoric and emotionally manipulative appeals of political advertisements, and dozens upon dozens of pained, desperate cries, including his own.

Local reports confirmed the baby’s disillusionment was only compounded by the fact that he spent his first days in the bleak and soulless suburban conformity of Schaumburg, IL, its empty consumerist non-culture allowing him to realize in record time that all human pursuits are cold, joyless, and devoid of any substantive purpose or integrity.

“For a baby, he sure is an insightful little guy,” Nathan’s mother, Melanie Jameson, told reporters. “My husband and I are a loveless, narcissistic couple whose weird, freaked-out neediness and anxieties—which we sublimate under a mask of facile self-regard—would normally be introjected into our child’s forming psyche over the course of years. But this talented fella just took it all in at once!”

“We’re awfully proud to have such a precocious son,” she added, her face displaying no genuine emotion.

According to household sources, Baby Nathan has already noticed that his father, Michael Jameson, resents the infant’s 3 a.m. crying, feels more trapped than ever in his sham-marriage now that he’s a father, and is inwardly building an ever-growing wall against the reality of his own life one mid-afternoon cocktail at a time.

“The kid’s not even a week old, and he has the thousand-yard stare of a middle-aged man,” said psychologist Helen James, one of the cognitive scientists who verified that by his third day of life, Nathan had already begun to sense the overwhelming air of desperation surrounding other people. “That look that says, ‘I’ve finally given up on the reassuring fictions that prop up humanity’s delusional self-image as dignified, intelligent, or decent in any way.’ He knows the truth.”

“At this point, he shouldn’t even be able to distinguish between himself and the rest of humanity, let alone have the capacity to lose faith in it,” James continued. “Evidently, the human condition has gotten even more depressing than it already was, and we’re going to need to reformulate our entire theory of childhood development.”

“My God, what a depressing development,” she added.

At press time, there were unconfirmed reports that Baby Nathan had used the wind-up mobile above his crib to hang himself.