[Update:  For the fourth time, the people were not prepared - new court date...November 19.  sigh.] [Update 2:  Article in Jurist about the report:  "Suppressing Protest:  Human Rights Violations in the Police Response of Occupy Wall Street" which explains what motivated the Cardboard Roses action] 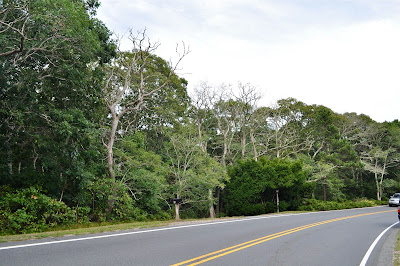 I've been staying with my mom on Cape Cod since Doc had heart surgery.  He was finally discharged Wednesday from the hospital for at least a week of physical therapy at a rehabilitation facility.  I'm not sure why but, even though there are plenty of new stories about dying trees, and pollution, and there are scads of them to photograph, I just haven't had time to amass a coherent post on the topic here at Wit's End. 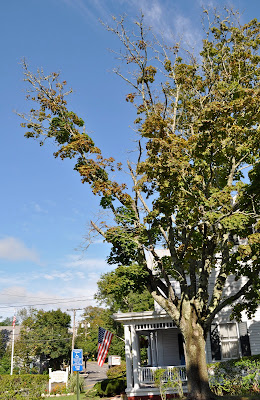 These samples are perfectly typical of the condition of trees here, and yet no one notices, much less discusses it.  The lichen growth is spectacular - but more on that later. 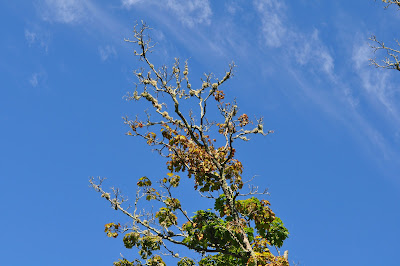 Somehow the days are full of...nothing!  Delivering the mail and food, and fetching books and clean socks.  Here are pictures of Doc's basement man-cave, about which I make no comment: 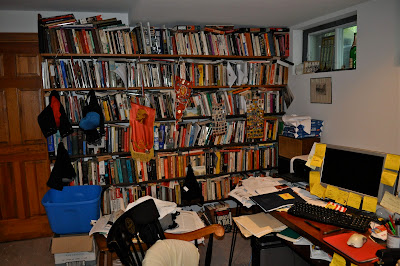 I'll have to return to New York tomorrow, because the trial for my arrest at Occupy Wall Street is scheduled for Monday. 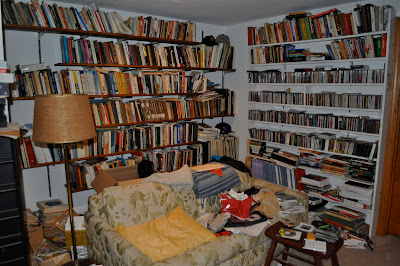 Below is an article published yesterday in the Village Voice about a trial for participants in the first Cardboard Roses planned action. 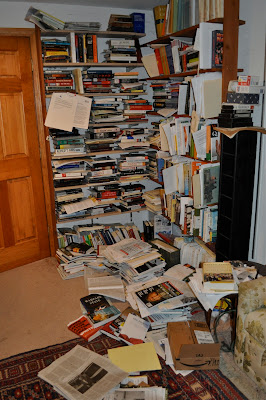 I was shocked to learn that, incredibly, two of the protestors have been found guilty:

"Assistant District Attorney Bill Furber said case law holds you don't have to actually be blocking traffic to be guilty of disorderly conduct -- only risking the possibility that you might block traffic."
How Orwellian can you get than "risking the possibility that you might!"  It's especially bizarre because as can be seen in the video that accompanies the article, it's the police barricades that are impeding traffic!
"Laying down gets you arrested," Furber said. "That's the law."
EXCEPT IT'S NOT.

Two Protesters Found Guilty Today For Lying Down In The Sidewalk

by Nick Pinto
When seven people lay down in the sidewalk across from the New York Stock Exchange in April, holding up signs, they thought they were acting within their rights.

A ruling by Judge James Burke today suggests that they were wrong. Burke found two of the protesters guilty of two counts each of disorderly conduct for blocking the sidewalk and disobeying a police order to disperse.
Prosecutors say the guilty ruling was necessary to maintain order and safety. Occupy Wall Street protesters see it as one more nail in the coffin of the right to protest in public in New York City.


Some context: Last spring, Occupy Wall Street protesters were increasingly frustrated by what they considered the arbitrary and constantly changing actions of police. Evicted from their camp in Zuccotti Park, they were finding it increasingly difficult to gather in public without running into trouble with the cops.
When some tried to meet in Union Square, which had historically been open all night, hundreds of officers were deployed to garrison new barricades closing the park to the public every night.
Another group, relying on a 2000 federal ruling in Metropolitan Council v. Safir, which held that lying in the sidewalk is legal so long as it's part of a political protest and doesn't block more than half the sidewalk, began "sleepful protests" across from the New York Stock Exchange. Police tolerated that for about a week, then reversed themselves and began arresting the protesters.
Against this backdrop, some occupiers decided to find out just how far the police would go to shut down dissent. They planned a series of actions they called Cardboard Roses, designed to stay within their understanding of the law while taking their message to the heart of the financial district.
"We wanted to create a controlled environment in which people could talk about how Wall Street had affected their lives, right in the center of that power," says Nicole Carty, a 24-year-old Brown Graduate who was one of seven people involved in the action.
On Friday, April 20, Carty drew up a cardboard sign that read "I have two jobs and I still have to chose between groceries and the doctor." Then she and her fellows, all equipped with signs, walked to the corner of Broad and Wall Streets, across from the stock exchange, and laid down, holding their signs aloft for passers-by to see.
Within minutes, police responded, cordoning off the area with metal barricades. Lt. Frank Viviano then read a statement prepared for him by the NYPD Legal Office: "Anyone who is sitting or lying down must now get up or be subject to being arrested."
The protesters didn't move, and were arrested. Here's video that shows the demonstration:


The seven protesters were charged with two counts of disorderly conduct: obstruction of pedestrian traffic and refusing to comply with a lawful order of the police to disperse.
In court today, attorney Martin Stolar argued on behalf of Carty and Kareem Youssef that since his clients only took up a fraction of the sidewalk and video showed pedestrians walking past them unimpeded, they were innocent of the first charge. "How can one be found guilty of blocking pedestrian traffic if pedestrians were moving freely?" he asked.
As to the second charge, Stolar argued, there's no obligation to comply with an unlawful police order, and ever since the Safir ruling in 2000, "demonstrators expressing a political message are allowed to be on the sidewalk as long as they're not blocking pedestrian traffic."
The prosecution argued otherwise. Assistant District Attorney Bill Furber said case law holds you don't have to actually be blocking traffic to be guilty of disorderly conduct -- only risking the possibility that you might block traffic.
"Laying down gets you arrested," Furber said. "That's the law."
As to disobeying the police order, Furber said, you're only allowed to do that when the order is clearly arbitrary. Since the police had refrained from arresting demonstrators involved in other actions earlier in the afternoon, he argued, their targeted arrests of the sign-holders couldn't be called arbitrary.
"This isn't about thwarting someone's first amendment rights," Furber concluded. It's about the police officers who did their job that day."
Judge Burke found the prosecutions arguments persuasive, returning guilty verdicts for both Carty and Youssef within minutes of the closing arguments. He sentenced both to three days of community service, $240 surcharges, and a conditional discharge. If either gets rearrested in the next year, they could face the full sentence their current charges carry: 15 days in jail.
Outside the courtroom after the ruling, Stolar said he intends to appeal the decision. "If this is the standard, it's giving extraordinary leeway to police officers," he said after the ruling. "Not every police order is lawful."
Carty said she was disappointed by the ruling.
"At this point, it seems like there's almost no action that we can take that couldn't lead to arrest at the discretion of the police," she said. If you're an average person and you have a problem with what's going on on Wall Street, what can you do? You can't vote them out. We've seen that you can't bring them to justice through the legal system. Now it looks like you can't even communicate with them directly on the sidewalk."
The five other protesters arrested April 20 are scheduled for trial in early November.
For more Voice coverage of Occupy Wall Street, click here.