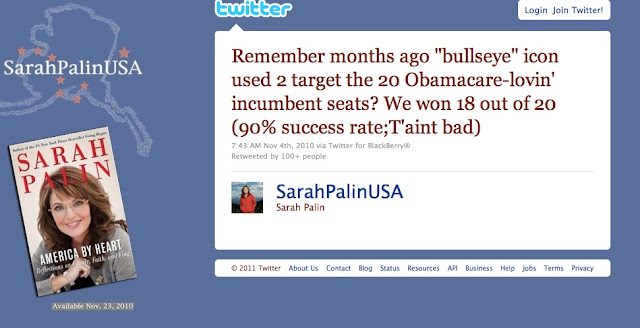 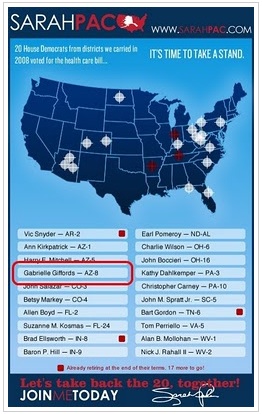 I used to think Sarah Barracuda was great for laughs.  I hope she and her Tea Party haters and the Koch Brothers - the Tea Party funders - all are put in jail for criminal incitement.  Republicans like Palin and McCain and Boehner are falling all over themselves to denounce the shooter - the one they encouraged!


Visit msnbc.com for breaking news, world news, and news about the economy
"For example, we're on Sarah Palin's targeted list, but the thing is, that the way that she has it depicted has the crosshairs of a gun sight over our district. When people do that, they have to realize that there are consequences to that action," Giffords said in an interview with MSNBC. 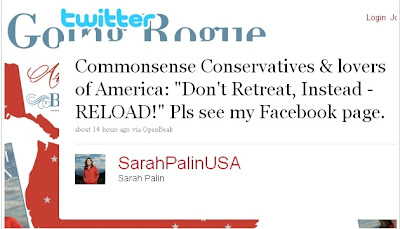 "You know, actually as a former Republican, you know, I consider myself someone who is pretty in the middle, I'm a blue dog Democrat, and one that is interested in making sure that our country maintains our prosperity and frankly, our superiority over other countries and that's where we look at these threat, obviously our defense budget, our level of education," she said in an interview with Fox News Channel this week. 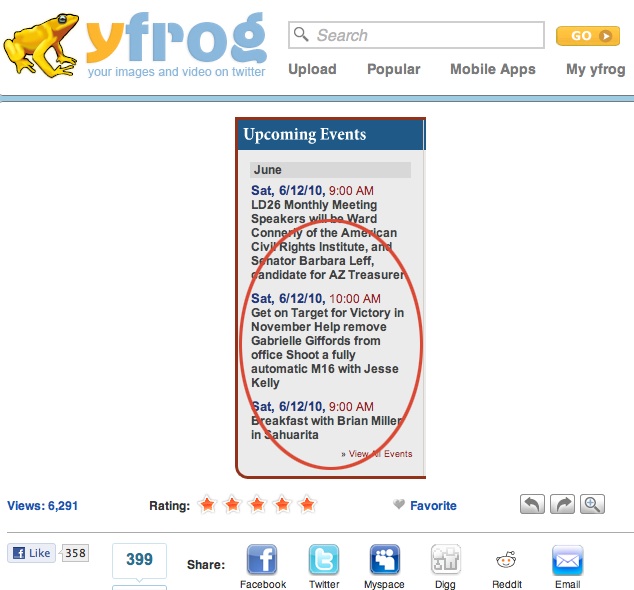 Our "superiority' over other countries?  How ironic that Giffords is an adherent, albeit not such an extreme proponent, of the very paradigm that has led to today's violence, and will ultimately, inevitably lead to human extinction.  We are all on this earth together.  We will find a way to cooperate and live sustainably, or we will continue to compete ourselves into catastrophic climate change and resource depletion.
Update:
Desdemona weighs in (go to the website for more):
"Yesterday’s mass political killings are the sad consequence of what is – let’s be clear – neo-fascist propaganda financed by industrialists. As long as we allow sociopathic corporate entities to deliver weapons of psychological warfare, such as FOX News,  into the American mass consciousness, we’ll continue to see appalling political violence.
Is it possible to correct the situation and recover a more civil public discourse? Desdemona suggests that as a start, extra-national actors, such as Rupert Murdoch, should be forced to register as foreign agents."
Posted by Gail Zawacki at 3:21 PM