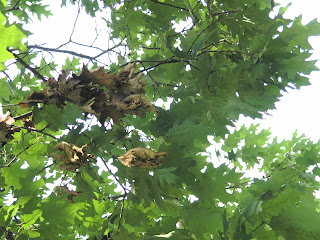 It has become so depressing to record the decimation of the trees. Every day that passes, they look worse. I first saw a hanging branch with brown leaves about 2 weeks ago and I thought, it must have broken off. But now, driving along the road, every 50 feet or so I see the same thing. Tips of branches with leaves completely shriveled and brown. Somebody should make a name for this condition, because it's proliferating at an alarming rate. If it keeps up or accelerates, we aren't going to have any leaves by the fall this year. 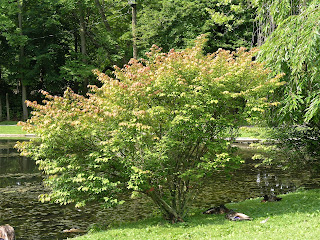 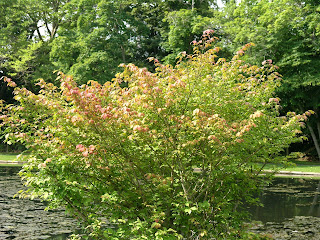 another sign of decay and demise is turning color prematurely. This pair of burning bush should be green until October.

Next, some more pretty pictures! 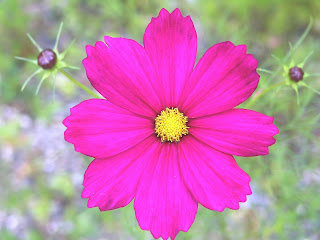 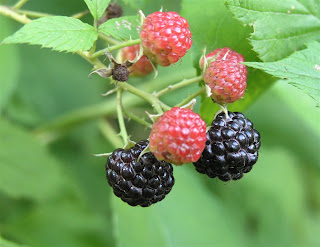 my most favorite fruit, especially because it is wild, a gift from nature! 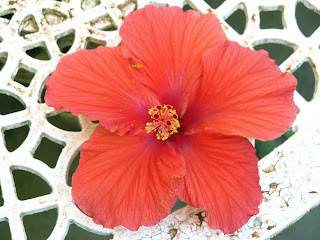 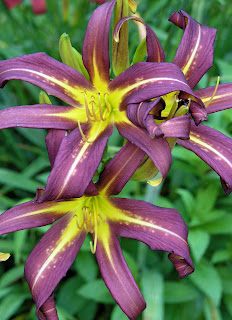 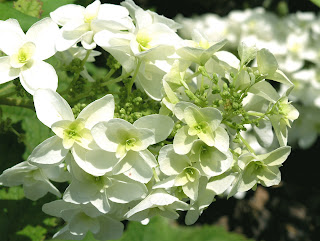 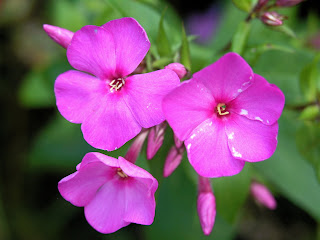 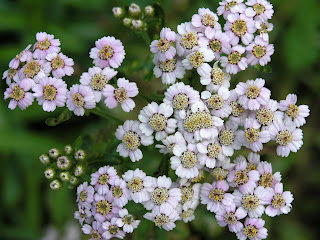 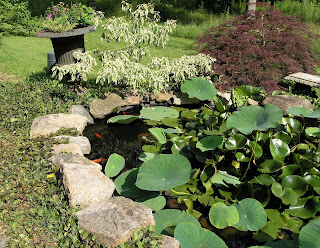 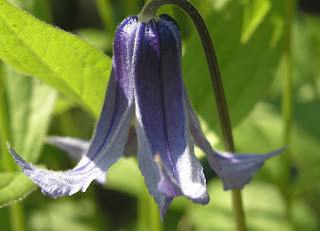 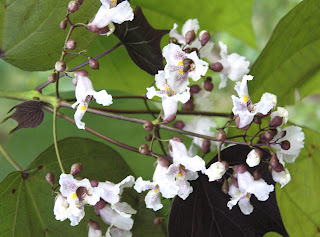 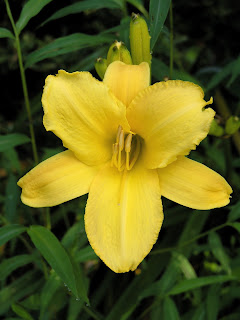 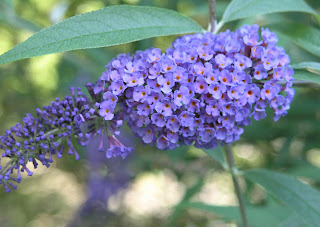 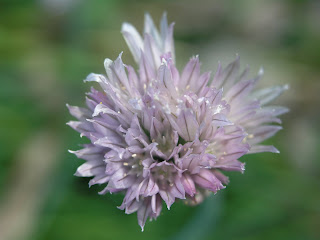 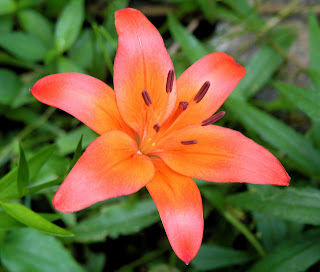 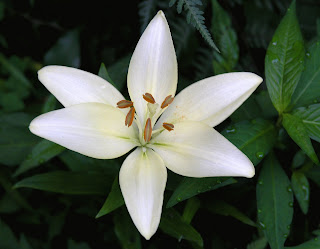 so much for plant food!

Last week we saw the most amazing clouds. The entire sky looked like a roiling sea. Everyone was frightened. It turns out there is a Cloud Appreciation Society and they are having a discussion about whether to name a new category of cloud formation, the pictures are spectacular!

The Marshy Heart of Poetry

Swampstrife and spatterdock lull in the heavy waters;
some thirty little frogs spring with each step you walk;
a fish's belly glitters tangled near rotting logs.
Over by the gray rocks muskrats dip and circle.
Out of his rim of ooze a silt-black pond snail walks
inverted on the surface toward what food he may choose.
You look up; while you walk the sun bobs
and is snarled in the enclosing weir of trees,
in their dead stalks.
Stick in the mud, old heart
what are you doing here?

And this also, which I thought was very droll:

Seasonal cooking is anyway better suited to those who live in sunnier climates. The rest of us need to make the most of what warmth is offered, and much of the time this has to emanate from the kitchen rather than from the skies outside. Summer, then, is an idea, a memory, a hopeful projection.
—Nigella Lawson, “Forever Summer.”

Unscrew a 100-watt light bulb while it is still gorgeously warm. With a rubbing motion, thrill the skins of the tomatoes until they start to pucker and tumesce. Uncork the oil; drizzle onto tomatoes until lubricious.

Store the water in a cool place, allowing it to bio-ripen for a period lasting months or even years. Meanwhile, fill your largest roasting pan with cocoa. Roll in cocoa.

Unplug the telephone and assume a position on your couch which suggests an odalisque or any late-career Ingres portrait. Should people or problems present themselves, bite into a nougatty chocolate and say teasingly, “I can’t help you. I’m very Ingres-y with you.” Let the slipcovers puddle around you like a light vinaigrette.

Put the toboggan in a food processor and pulse for ten seconds on Eviscerate. Remove the splinters from the processor and toss with other ingredients. Arrange on a plate with your bare hands, letting your fingers burrow into the mixture as they do when encountering the rich loam of the earth. Strike your gong.

Unsheath the caramels laughingly, unconcerned of outcome. Fork-prick to soften. Using the soft pads of your thumb and index finger to palpate the caramels, tease them into the vinegar, saying, “Mummy knows what’s best.” Put the whole concoction away someplace dark. Have a glass of Prosecco with a friend, displaying blitheness and a tendency, when food has been dropped on the floor, to plop it back onto your plate with a soulful, sensuous expression.
Can you leave the vinegar alone for between three days and three weeks? Try to, darling—what you’re doing here is tempering yourself as well as the candy. Enjoy this. Because when you return to the vinegar the caramels will be gone. ♦

And then allow me to make some observations.

1. haven't seen one honeybee at Wit's End this year, only wasps, and bumblebees
2. Mosquitos are much worse than in the past
3. Very few fireflies compared to the past
4. Very few birds, especially hummingbirds
5. Spring peepers non-existant
6. I was told by my grocer that there will be no more soft shell crabs, due to the rain (?) they are not shedding (?) I suspect there is something at work here that does not meet the smell test.
Posted by Gail Zawacki at 12:05 PM