To Rise Above Nature

“Nature, Mr. Allnut, is what we are put in this world to rise above.”

~ Katherine Hepburn, as Miss Rose Sayer, in The African Queen, 1951 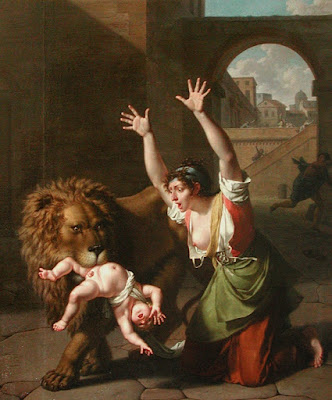 Following is the transcript for my segment this week on ExtinctionRadio, which can be heard at the website. 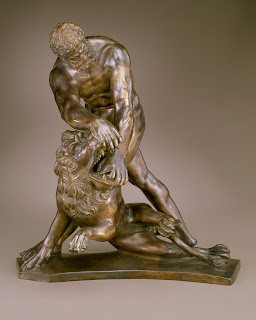 Thank you Gene, and welcome listeners.  I would like to dedicate this 20th Dispatch from the Endocene to David MacPhail, a much respected member of a Facebook group called The Panic Room.  He passed away in November, in his adopted country of Nicaragua. 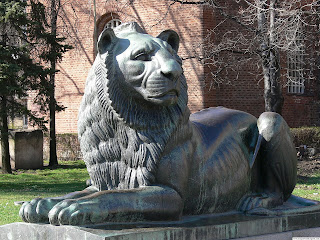 David typically chose, almost daily, a photograph of an endangered or extinct species to post online with a brief description. 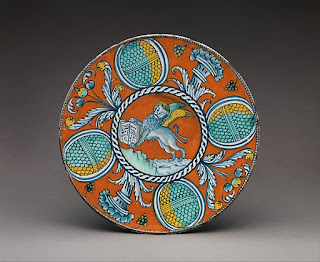 To honor his effort to commemorate each lost creature or plant, from the most majestic whale to the most humble snail, in its own unique diversity and splendor, I thought I would focus this episode on just one species, the lion. 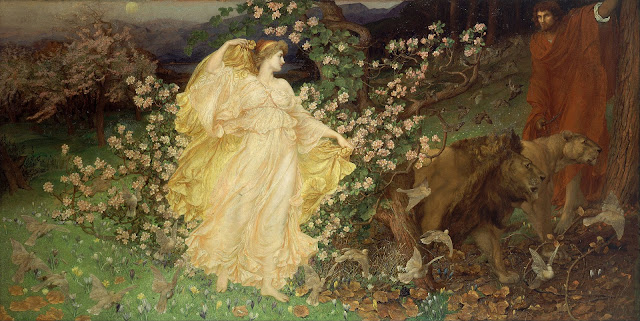 It would be impossible to mention with any depth even a small fraction of the instances in human history when lions have occupied a prominent role of cultural significance. 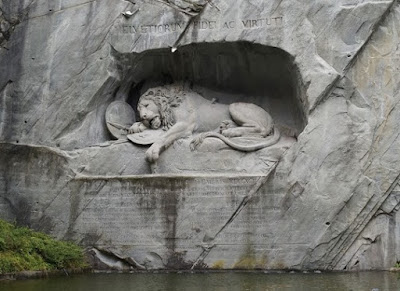 The earliest drawings are found in the Chauvet Cave of southern France, from some 30,000 years ago. 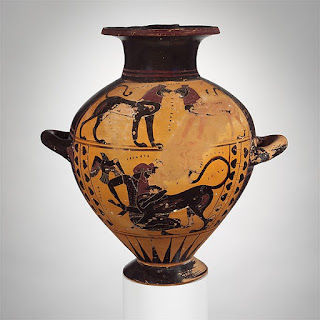 Lions are depicted in the ancient Egyptian sphinx, and contemporary value is still placed on beaded manes and tails collected by Maasai hunters. 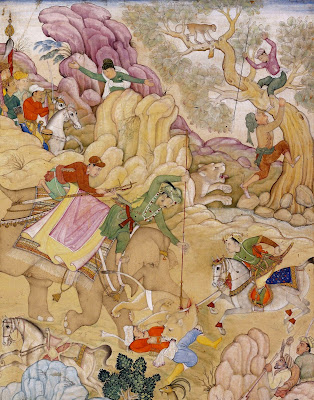 Across time and continents, lions have symbolized courage and bravery, and the power of both nature and man. 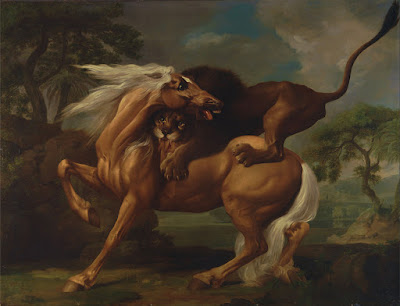 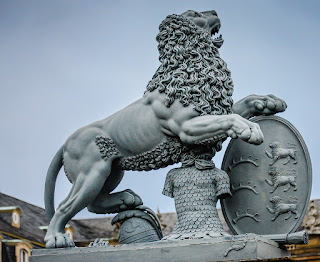 Lions are on the coat of arms of England, while the pair known as Patience and Fortitude flank the stairs to the New York Public Library.

Lions are sacred as guardians in China even though they aren’t indigenous. 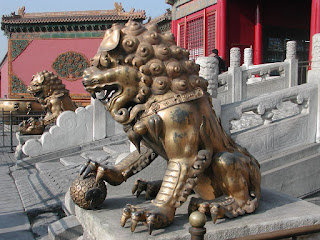 Around the world lions are part of timeless myths - we see them at the movies as a Hollywood studio mascot, and in a beloved Disney cartoon and Broadway show. 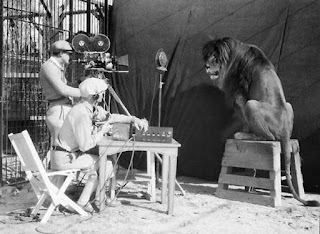 The Lion is, well, lionized in literature from Nietzsche’s Thus Spoke Zarathustra, to the Wizard of Oz, and Narnia. 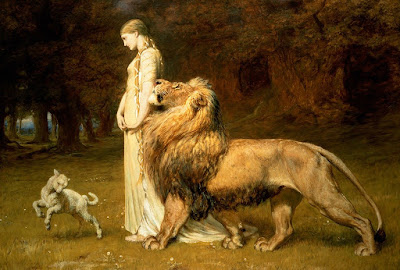 The Greeks gave us the lion as a constellation, and in the Bible the lion represents Christ as the son of God. 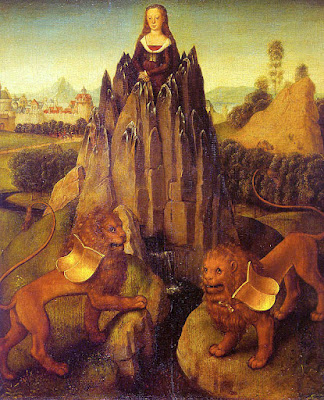 The four bronze Barbary lions, now extinct, that guard Nelson’s column in Trafalgar Square stand mutely in rebuke to humans, who can and do annihilate that which what we most revere. 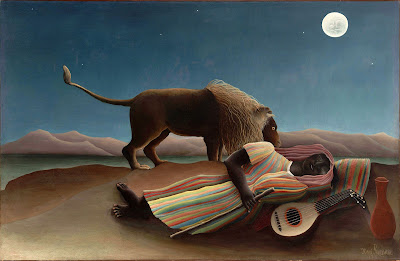 The following passage is from an article about a genetic study of extinct lions:

“Lions once roamed across the world. Until relatively recently, various sub-species could be found across Africa and all the way from the Indian subcontinent, through the Middle East and into modern day Greece and Turkey. Visitors to the British Museum in London can see engravings from Assyria (in modern day Iraq) made as recently as 635 BC of large scale lion hunting by the local people." 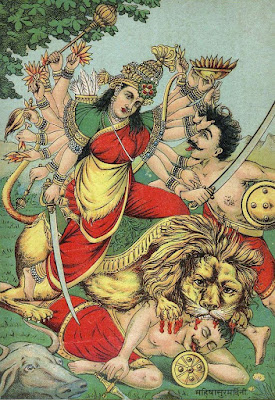 "Sadly these hunts, and others like them, were rather too successful. Along with increasing human encroachment on their habitats, persecution has resulted in the virtual extinction of lions outside of sub-Saharan Africa. The Asian lion lives on only through a small and highly endangered Indian population of approximately 400 individuals; all other lions outside of sub-Saharan Africa are extinct.” 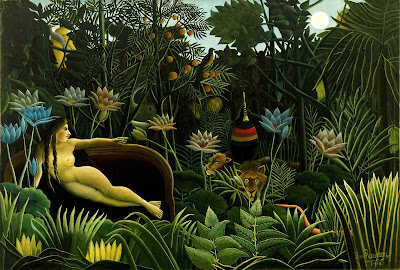 Although the hunt in Assyria mentioned in that quote was by no means unique, it is remarkable because images of the slaughter were meticulously and absolutely gorgeously recorded in limestone bas relief.  Archaeologists excavated the walls from the great palace in Nineveh, located in present-day Iraq.  You can find photos and an astoundingly exquisite short video of the carvings on my blog, Wit’s End. 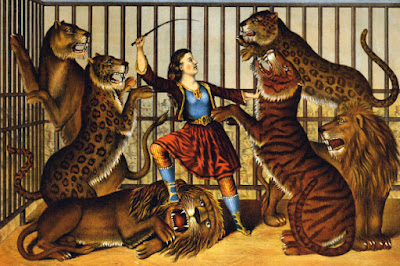 The rest of this dispatch are excerpts taken from a blogpost I came across while researching these now-extinct lions.  The author, Geoff Micks, first viewed the carvings in the Museum at the age of seventeen.  In hindsight, he expresses some poignant observations that reflect the visceral beauty and savage barbarity in the artwork.  He begins:

“The lion’s expression of suffering –of great dignity struck low– was so palpable that I felt compelled to sit down and sketch it.

“At the time of this frieze’s construction, the Assyrians ruled over the entire Fertile Crescent, the Holy Land, and much of Egypt.

As might be expected from a powerful militaristic monarchy, the Assyrian Kings were avid hunters when not campaigning.  Ashurnasirpal II claimed in one of his epithets: “I killed 30 elephants with the bow. 257 powerful wild bull I killed them from my war chariot. I killed 370 strong lions just by spear like birds in a cage.”

While all men and beasts were prey to the Assyrian nobility, lions were the particular sport of kings, symbolizing the ruling monarch’s duty to protect and fight for his people as well as his dominion over everything within his borders. The palace of the new capital at Nineveh was decorated with these sculpted reliefs to illustrate the prowess of the last great Assyrian king, Ashurbanipal (668-631 BC). That’s him thrusting a sword into the belly of a wounded lion, an image he duplicated for his royal seal. 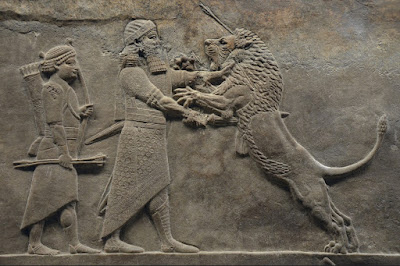 The hunt itself was highly organized and orchestrated. The animals were collected ahead of time and kept in cages in the royal menagerie. When the King had time to indulge in his sport the cages would be transported out of the city by his soldiers. Infantry would serve as beaters to keep the prey within a level killing field, and cavalry would drive the lions towards the royal chariot, where the King would use arrows and spears to wound the lions before dispatching some with his sword. Although little was left to chance, much of the sport was based around how dangerous the wounded lions were, and the friezes show a number of scenes where the lions are mauling the backs of retreating chariots.

I’m afraid the pictures I’ve found don’t really convey the true feeling of the frieze. The room in the British Museum is set up much as it would have been in Nineveh: A great hall, with life-sized scenes of the hunt all around you. The bas reliefs weren’t just for the edification of the King. Embassies and visitors would have walked past these scenes while waiting for a royal audience. The power and authority of the King is obvious even more than two and a half thousand years later. 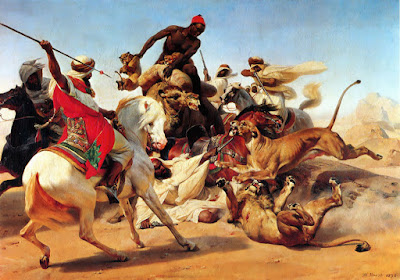 I took a course of Greek sculpture in university, and it talked a lot about pathos: The conveying of emotion and suffering through art. I didn’t know the term at the time, but you could feel it, coming out of the rock. The Assyrian artists gave great dignity to their suffering subject matter. 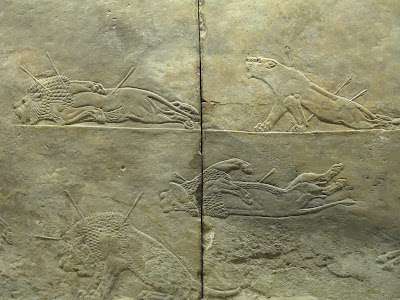 The lions are shown with every sinew in their legs and paws straining; face after face is twisted in a rictus of pain; most of them bristle with arrows, and many vomit up blood from punctured lungs. 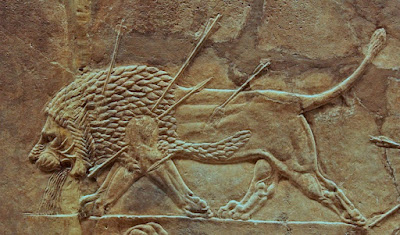 You can almost hear the roars and snarls, the thunder of hooves, the curses and cheers in a language lost to time. It’s magnificent and horrifying, all at the same time.”