I haven't had a chance to post for days.  Youngest daughter Maxine and Aaron came home for the Princeton Reunion weekend. 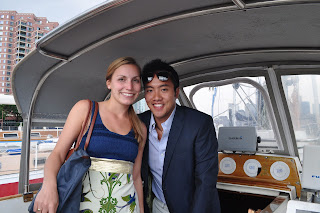 In between the endless rounds of parties they took the train to Jersey City where we had a feast on the first daughter's sailboat in the shadow of the evil giant vampire squid tower, Goldman Sachs. 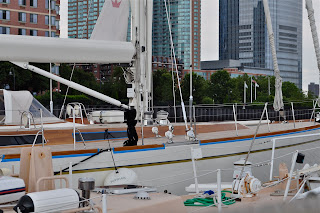 She and her husband also now have a shiny brand new toy, which unofficial "fourth daughter" Laura thinks would make a wonderful fashion accessory. 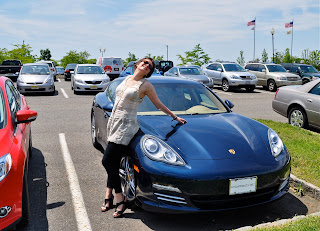 Soon thereafter, I left for Seattle where I will be staying with fellow Ozonist, Rpauli, for the next couple of weeks. 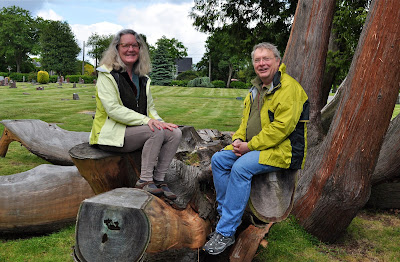 Naturally as soon as the rain relented, being doomers, we went to look at the trees dying from pollution in the cemetery near his house. 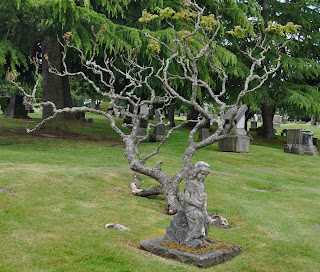 Since the last time I came to visit, two years ago, the lichen that has rampaged across the East Coast has colonized here as well. 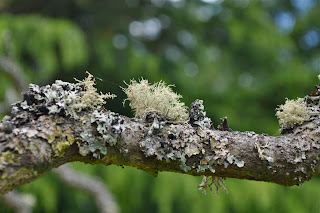 I have many articles and books I want to write about, but I'm still getting settled and being sociable, so for the moment I will just note that, coincidentally, Logan Price, my fellow jailmate from the Occupy civil disobedience action [the soon-to-be-famous Stock Exchange Six - next court date, June 30] just happened to be here in Seattle too, and found himself at a private send-off in the Space Needle, in honor of Shell's Arctic-bound rigs...because the ice and permafrost are melting up there, dontcha know, so why not drill baby drill?  Except, incredibly, there was an uncontrollable leak!  Who could have predicted such a disaster??  Here's is how Logan described the incident (don't miss the video at the end!):

“It all started with a malfunction.... of the event's centerpiece, a scale model of the Kulluk, one of the rigs heading up north, which was sitting in a basin of liquor (rum and coke?) next to an ice sculpture in the shape of an iceberg.

I guess the photo-op was meant to be a symbolic tapping of the Arctic. There was a ridiculous three-foot-high scale model of their Arctic drilling rig, the Kulluk, and the mini-rig had a tap to pump liquor for the guests.

The guest of honor was an elderly Japanese man introduced as the original Chief Engineer of the Kulluk rig who used to work at Mitsui back in the '80s. But when the man went to turn on the ‘rig,’ the liquor went everywhere - and the first to be hit was another elderly guest, the widow of the man who'd actually designed the Kulluk back in the 1980s.

The guy in charge kept asking the old engineer to fix it but he obviously had no idea how to turn it off. Shell's PR people got REALLY worked up, and the designer’s widow started yelling. At this point the guy who was presenting the new ad campaign told me to turn off my camera and got pretty aggressive.”

[check the update below too!]