Whether by coincidence, divine intervention, or maybe because it was RPauli's birthday 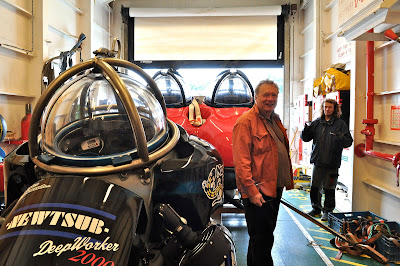 (Happy Birthday Richard! and thanks for the pictures), yesterday when we went for a walk in an industrial wasteland that has been rehabilitated as Gas Works Park, 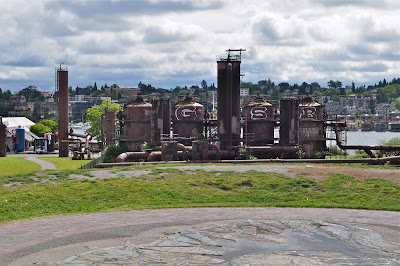 which also commands a magnificent view Seattle's skyline, even on an overcast, grey afternoon 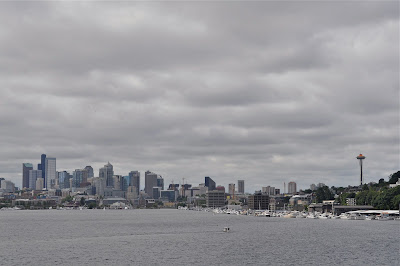 we saw from the sundial at the top of the hill, in the opposite direction that the good ship Esperanza, one of the Greenpeace fleet is temporarily docked, taking on supplies in preparation for a months-long mission at sea. 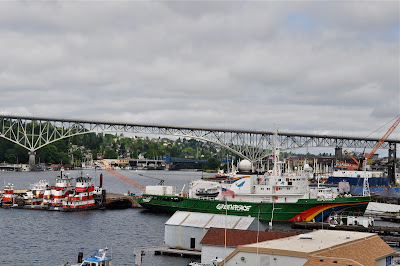 Of course now it's out in the open that Greenpeace collaborated with Occupy and the Yes Men to produce the spoof video embedded in the Wit's End post just prior to this one, to expose Shell Oil's plans to exploit the thawing Arctic. 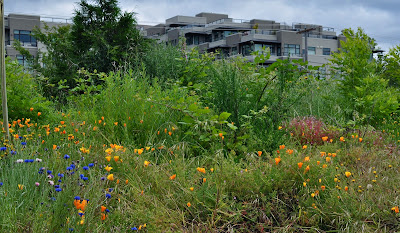 We hurried down a path through bright wildflowers to see how close we could get.  Unfortunately, the health of trees has deteriorated dramatically in the two years since I was last here, but that  subject will have to wait for another day or two when far more exciting adventures such as this transpire. 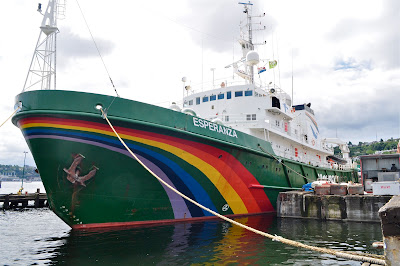 Brazenly ignoring the signs warning trespassers to check in with a guard, we approached the steep gangplank and were rewarded with an invitation to tour the entire place! 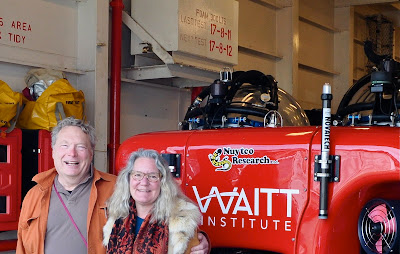 By far the coolest part was the two unique submarines, one a two seater and the other a single backup for emergencies, which are temporarily housed in the helicopter hangar.  They were just delivered and are ready for a trip to the Arctic which is to commence Monday, where scientists on board will monitor the undersea conditions where Shell intends to drill. 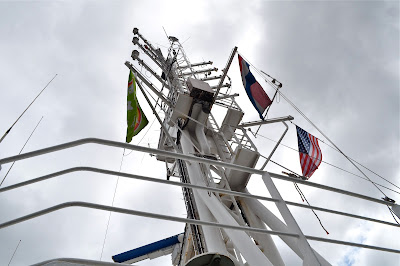 We were able to investigate every nook and cranny from the towering radar, 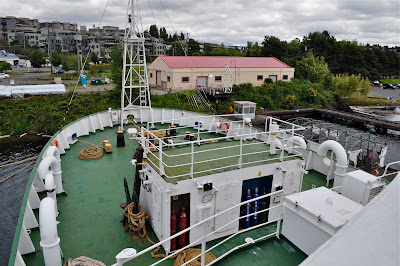 into the kitchen, the galley, and the staging area... 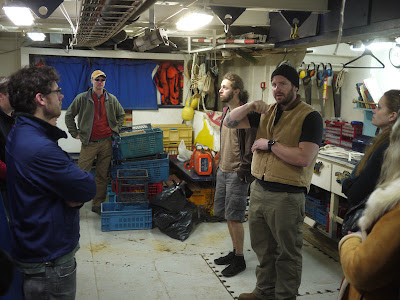 the high-tech engineer's room, and the bridge. 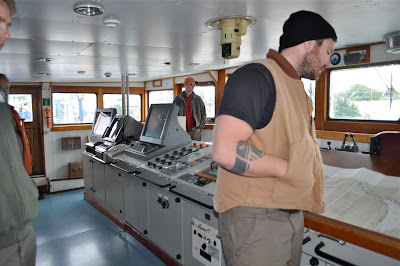 The ship was built in Poland, and some of the original labels remain even after refurbishment and conversion from its former incarnation as a Russian Navy firefighter. 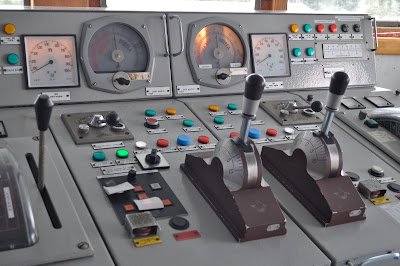 Our visit ended at the poop deck. 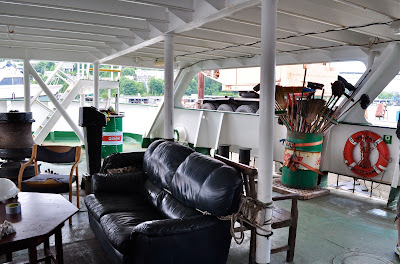 Much gratitude to the gracious crew and good luck to you all in your travels north.  Esperanza is the last emotion I feel when I morbidly witness the relentless extermination of the natural world, but as one of the intrepid warriors onboard observed, you've got to keep fighting. 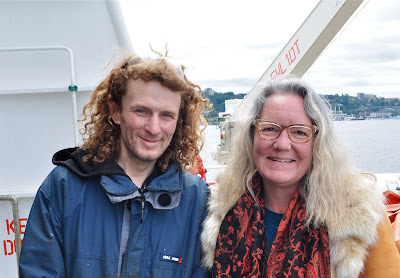