Elizabeth Kolbert Laughs at Extinction on the Leonard Lopate Show

I loved this entire interview!  The topic of this blog - ozone killing trees - didn't come up, but Elizabeth Kolbert is one of the most lucid and interesting people I have ever heard on the topic of climate change and the Age of the Anthropocene (if you listen you will find out how to pronounce it).  She had been explaining to Leonard Lopate that in fact, among scientists the idea that an asteroid impact led to the extinction of the dinosaurs is a well-established theory based on all sorts of compelling evidence, which led to this wonderful exchange starting at 18 minutes in (I will have to learn to cultivate her sanguine temperament when it comes to the survival of civilization):

LL:  Well, right now we're going through a period of large-scale die-offs of plants and animals and we don't have an asteroid to explain it, uh...Will people a million years from now look at it and say, they [humans] killed them off themselves?

EK:  Well I mean, you know, some people will say look, we will look - our impact will potentially be analogous to an asteroid because once again over long periods of time things that seem to us to be happening slowly over the course of decades or centuries will look when you look back at this tiny record that's left as if they happened instantaneously.  So depending on, you know, how widespread the extinctions that we as you say, are in the process of causing - and once again, that's pretty much irrefutable - the only question that sort of remains is how many organisms our various activities are going to drive to extinction - you know, will that rise to the level of a major extinction event.  And increasingly, once again something I deal with in the article, increasingly, scientists are saying it - it - it -may well, it may well, rise to that level.
LL: And we're assuming that humans will be around in a million years.  We have no guarantee of that.
EK:  I don't know that anyone [and here she starts cracking up] is assuming that humans will be around in a million years.  I mean, many, most...a million years is pretty much the sort of, you know, the rough average lifetime of the species.  If we lasted a million years that would be, would be quite...quite a feat I think at this point. 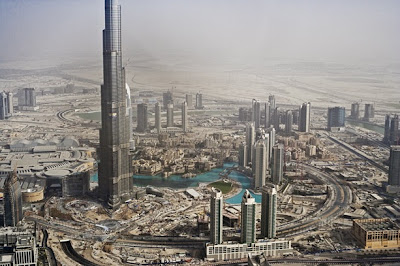 The Age of Man and Climate Change

Monday, February 21, 2011 Elizabeth Kolbert explains how climate change caused by humans—building cities, changing the land through agriculture and deforestation, and carbon emissions from cars and industry—has risen to the level of geologic significance. Her article “Enter the Anthropocene—Age of Man” looks at the “Anthropocene,” the new epoch defined by humans’ massive impact on the planet. It appears in National Geographic magazine’s March issue.