Hell in a Handbasket

Lately I wonder more and more whether it matters that evidence continues to mount demonstrating that trees are rapidly dying from absorbing air pollution - when the world is being consumed by floods and hurricanes and droughts.  But when I saw this video of fire in California, I decided it was time to revisit the subject.  All the high-tech special effects in Hollywood could not create a bleaker dystopic scene than the terrifying reality today in Weed, California.


To the extent that the background concentration of ozone in the atmosphere means we are losing crops to feed people, a critical CO2 sink, and face an increase in the frequency and ferocity of wildfires (which, aside from being horrific for trees, wildlife and people, represents another amplifying feedback to climate change - from soot darkening albedo on ice and snow far away, adding aerosol pollution to the atmosphere and making even MORE ozone)...yeah, it matters.  People should know. 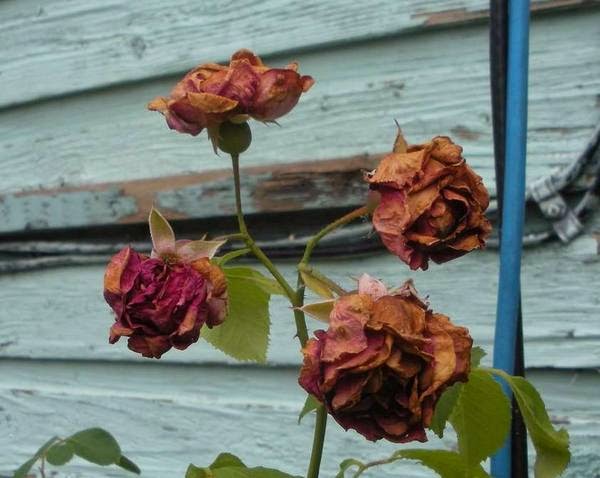 Following are some recent stories that are relevant.  There are lots more, but these should suffice.  The macabre but beautiful "embalmed" flower pictures are courtesy David Lange in Oregon, where the air pollution is worse than government monitors reveal. 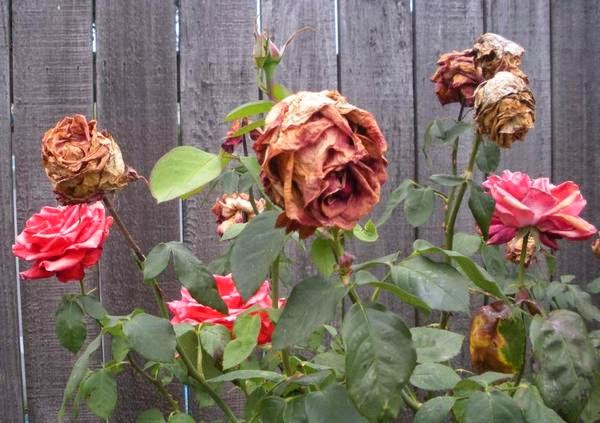 The leaves are from a nursery in western New Jersey, taken on September 2.  I stopped there because these trees are being watered and STILL, even after a very mild summer, every species has leaves that are damaged - and many of them were already on the ground. 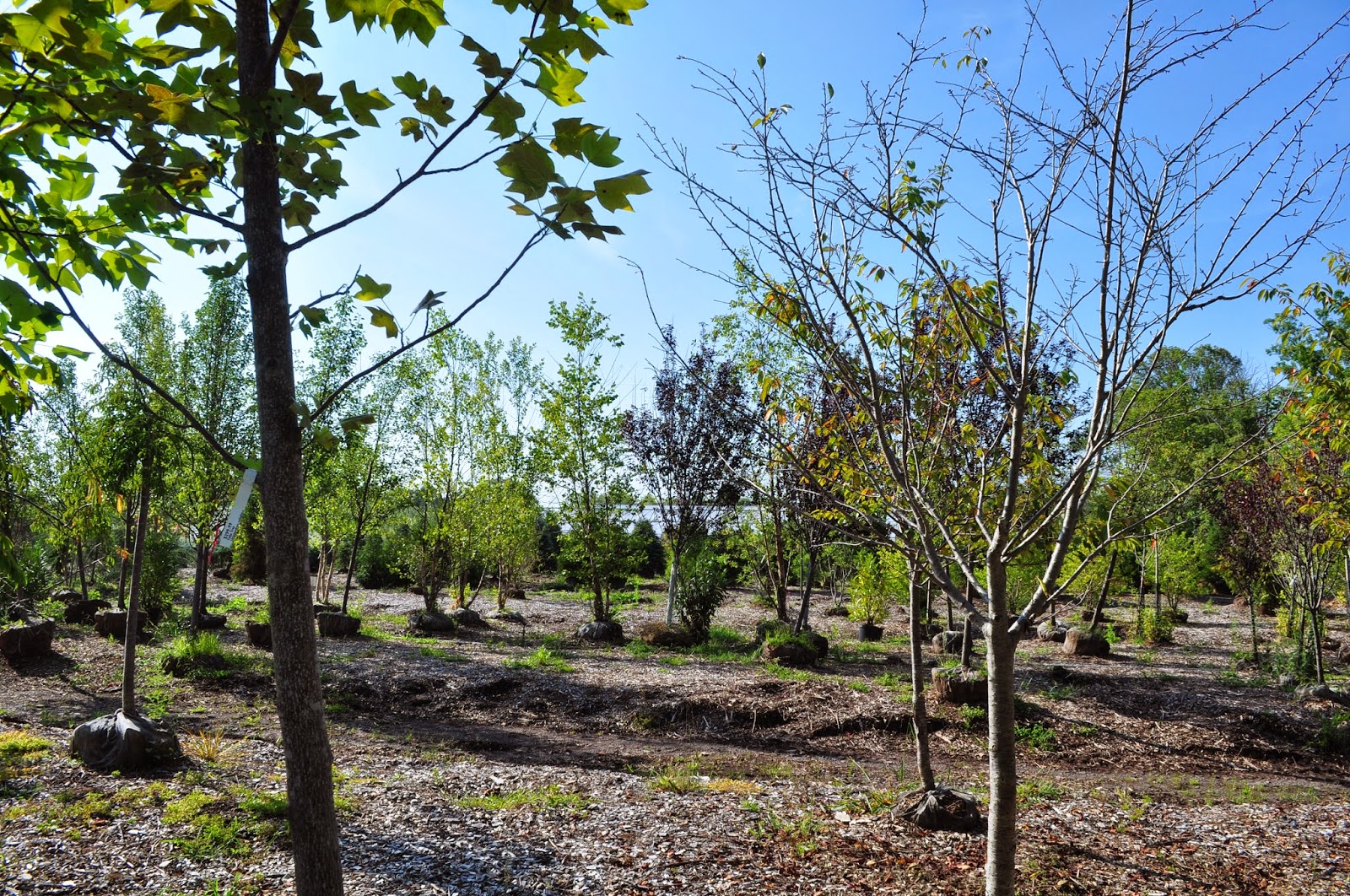 It would be absurd for fall color to have already begun emerging on the 2nd of September. 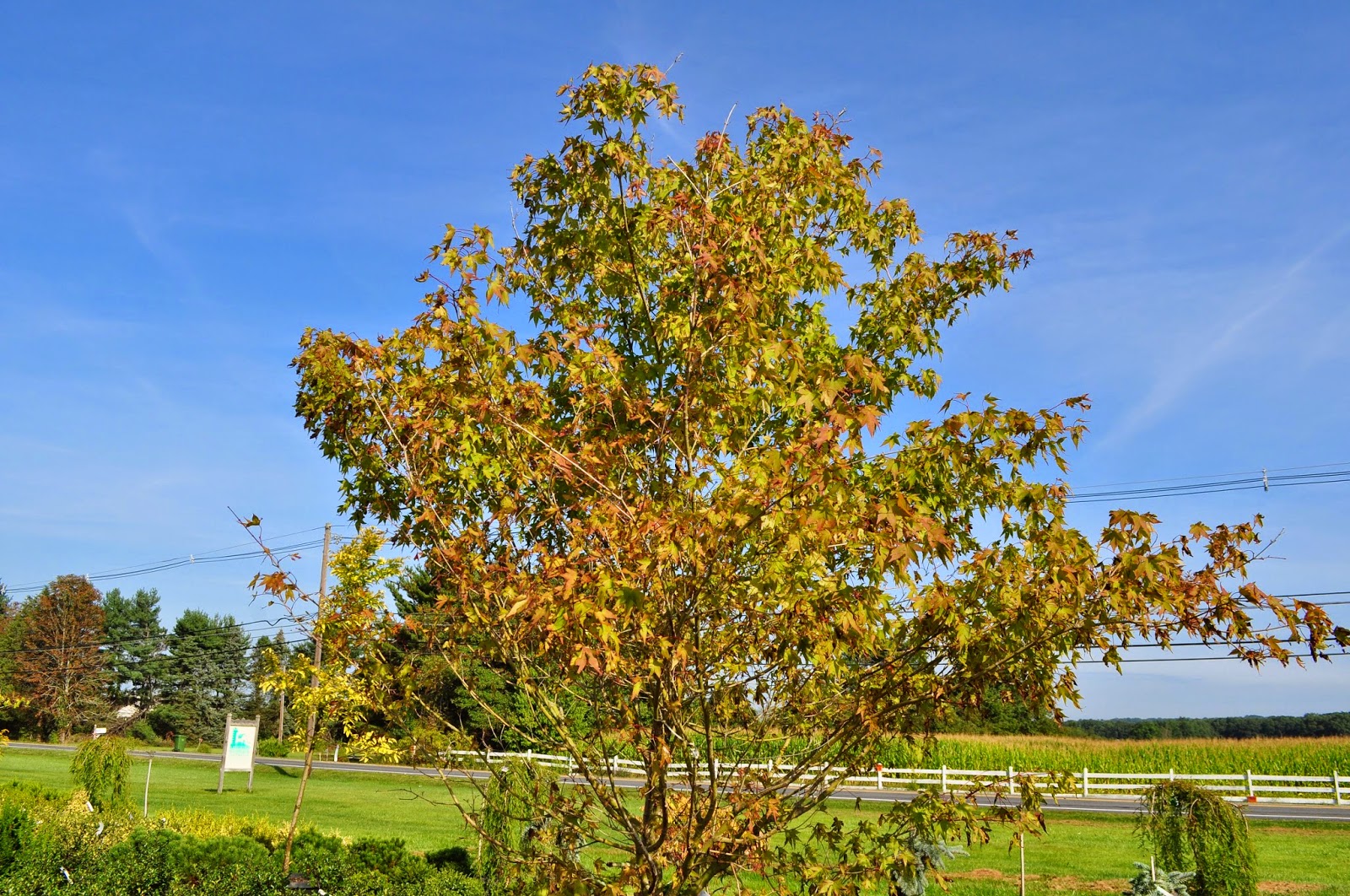 Except it isn't really fall color anyway - it is burning, scorching, singeing and shriveling. 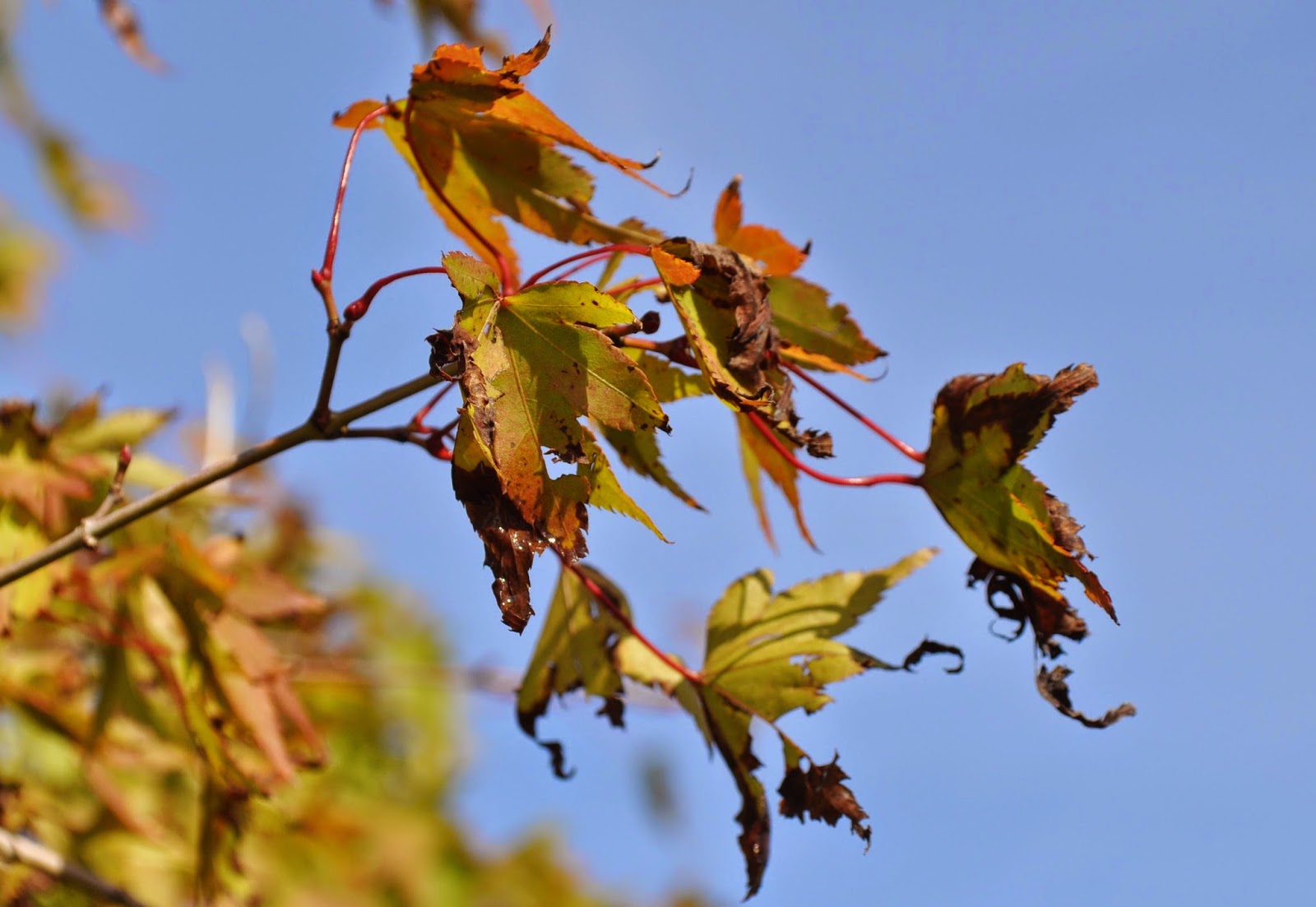 This is a very important study. Not enough people are aware of how damaging ozone is to annual crops, and in fact the problem is far worse even than depicted in this research for numerous reasons. 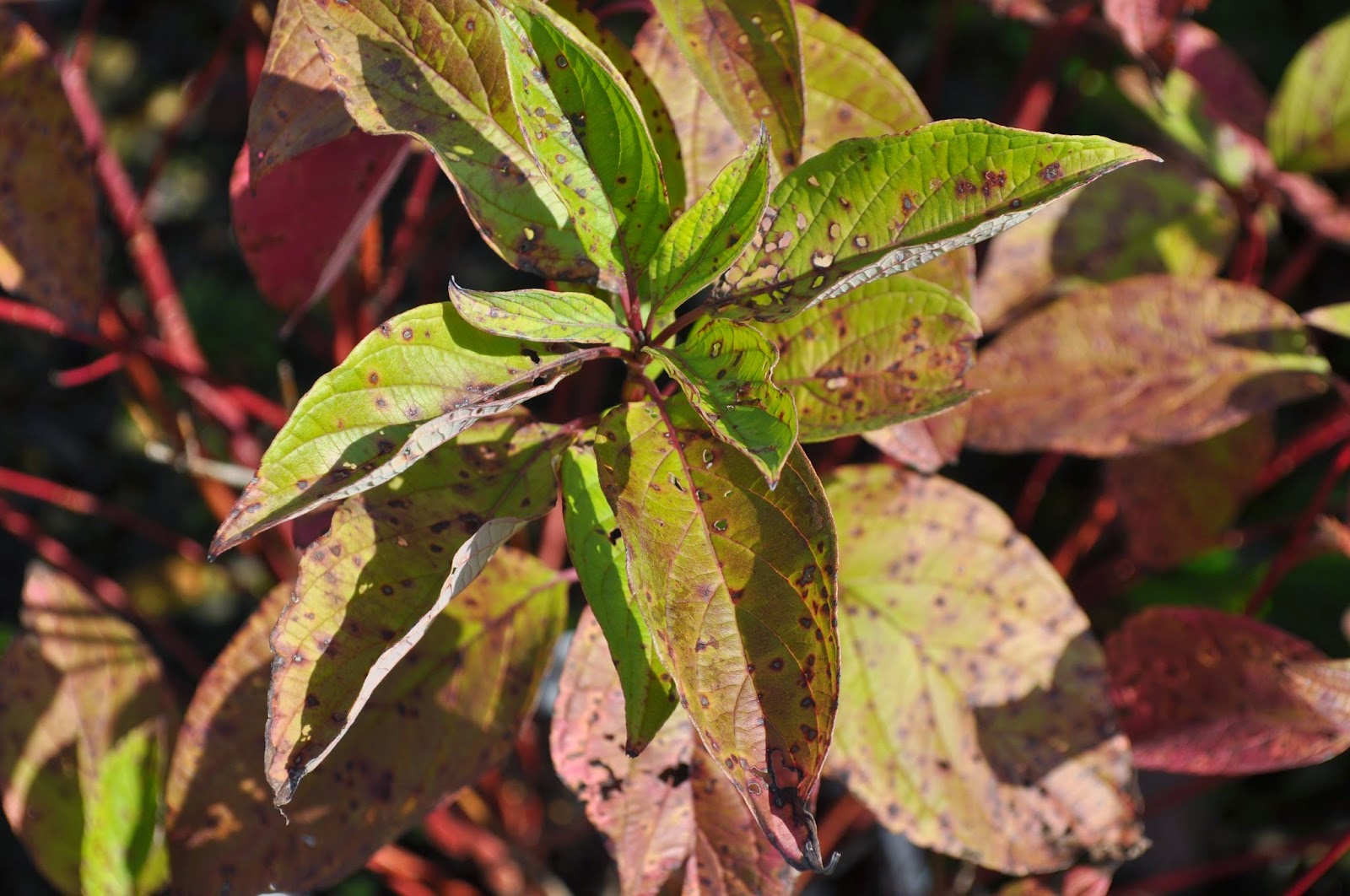 1. Damage is cumulative, so that ozone is causing longer-lived species such as trees and shrubs to die prematurely all over the world.
2. Ozone decreases the ability of vegetation to ward off biotic attacks, leading to epidemics of insects, disease and fungus on every species you can imagine, globally. This is a far more pernicious effect of ozone than the direct reduction in yield production referred to in the study.
3. Even before a reduction in growth or injury to foliage is observed, root systems suffer a depletion. This increases vulnerability to drought and windthrow.
4. The loss of wild plants is having ripple effects throughout the natural ecosystem, affecting insects, birds, and mammals.
5.  The loss of a major sink for CO2 is going to vastly accelerate global warming. 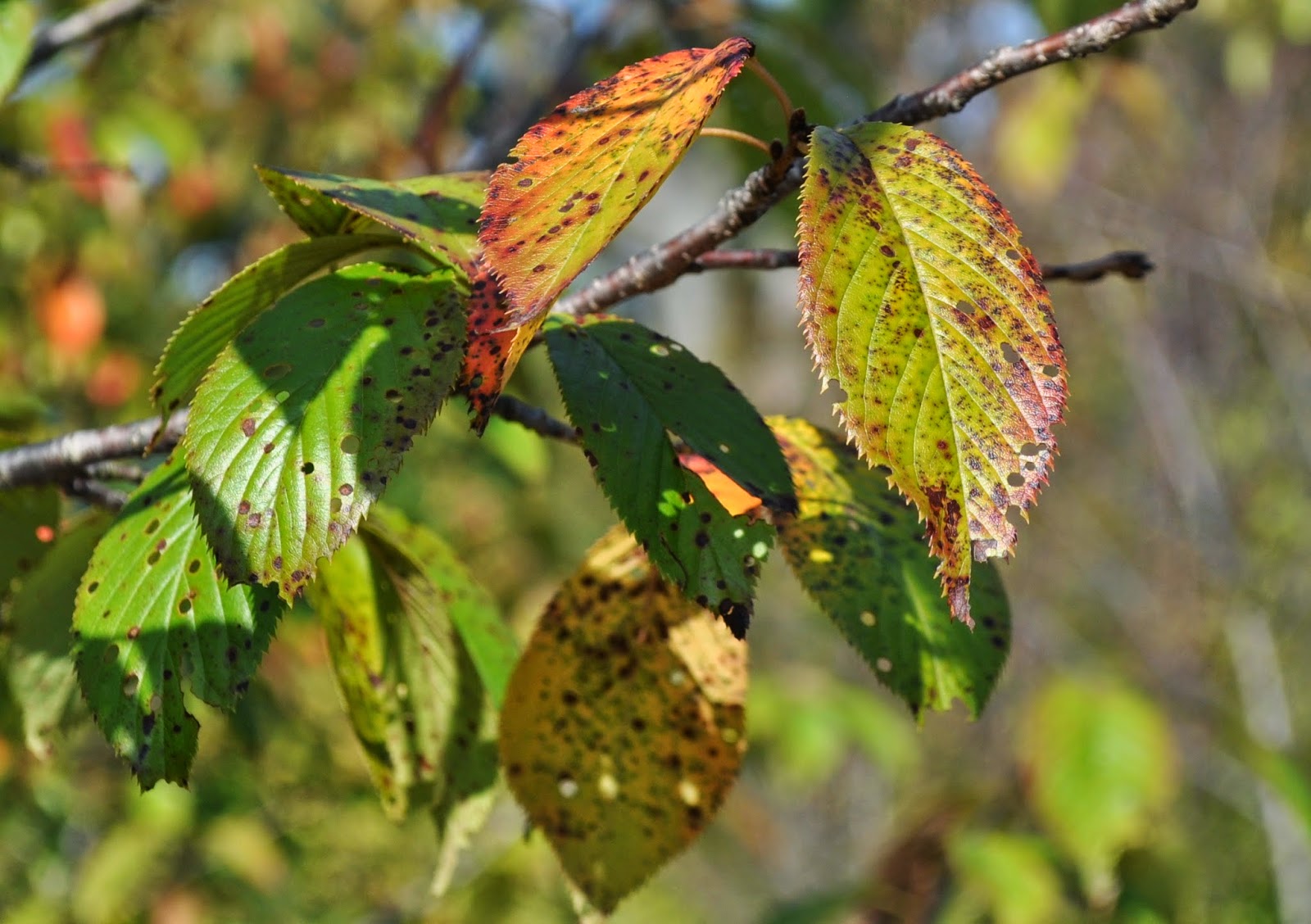 Yet another person is killed by a falling tree, this time a Chicago actress riding a bike.  Add her to the growing list of direct victims that no one is officially keeping track of. 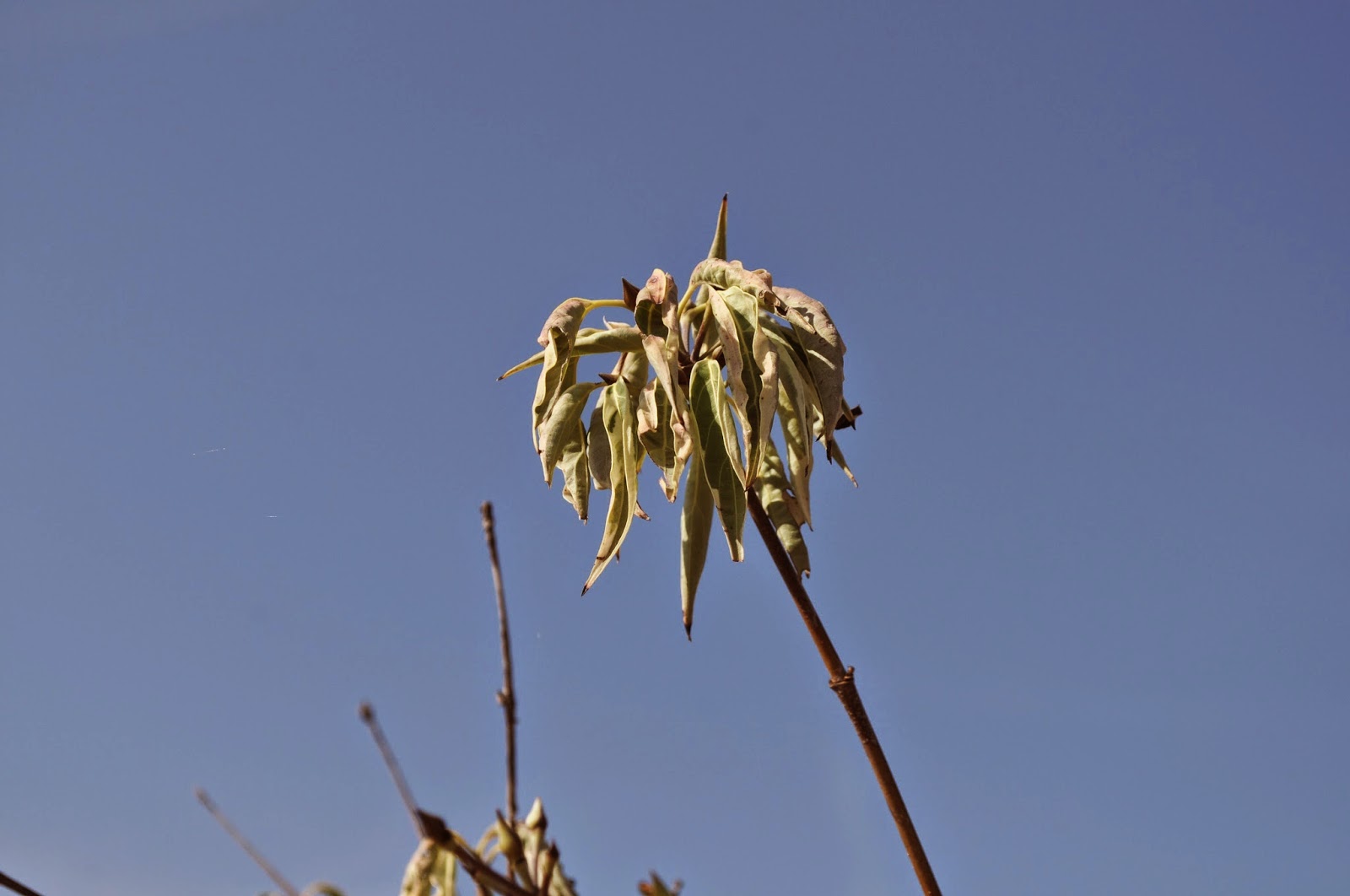 Ozone levels are also higher than expected in the Colorado mountains...oh wait isn't that where climate change is making the trees die?

Researchers say they're surprised by how much harmful ozone and ozone-causing chemicals are drifting into the Colorado mountains from urban and rural areas below.

Scientists from the National Center for Atmospheric Research and NASA say an intensive examination of pollution along the populated northern Front Range found ozone all the way up to the mountainous Continental Divide. 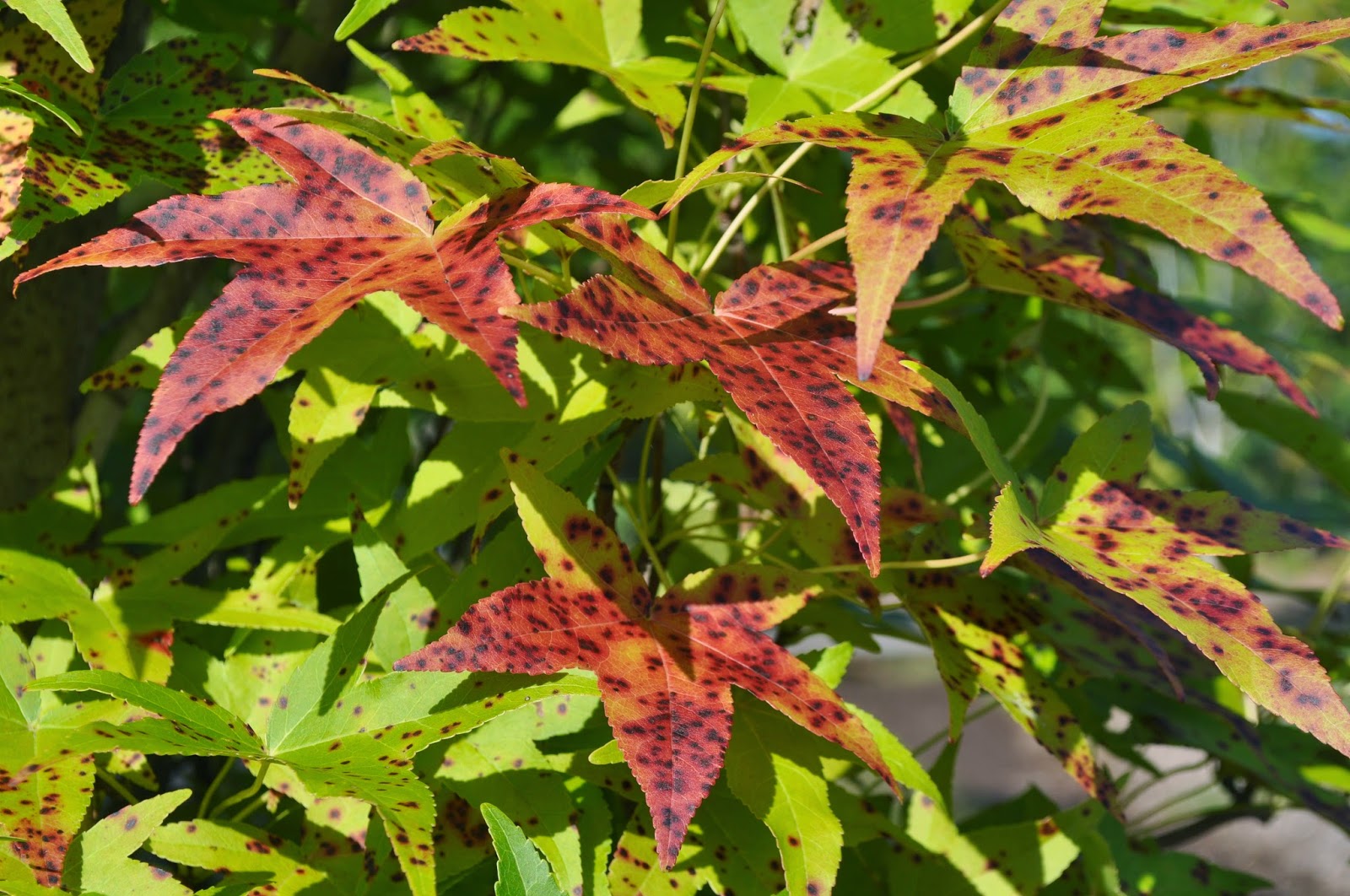 They say mountain ozone levels were similar to or greater than levels at lower elevations in some cases.

Researchers gathered data from aircraft, balloons and ground stations from the Denver area to Fort Collins, about 60 miles away, from mid-July through last week.

The scientists stressed they are in the early stages of reviewing the data and were hesitant to offer many specifics. They expect to start making data public by the end of the year. 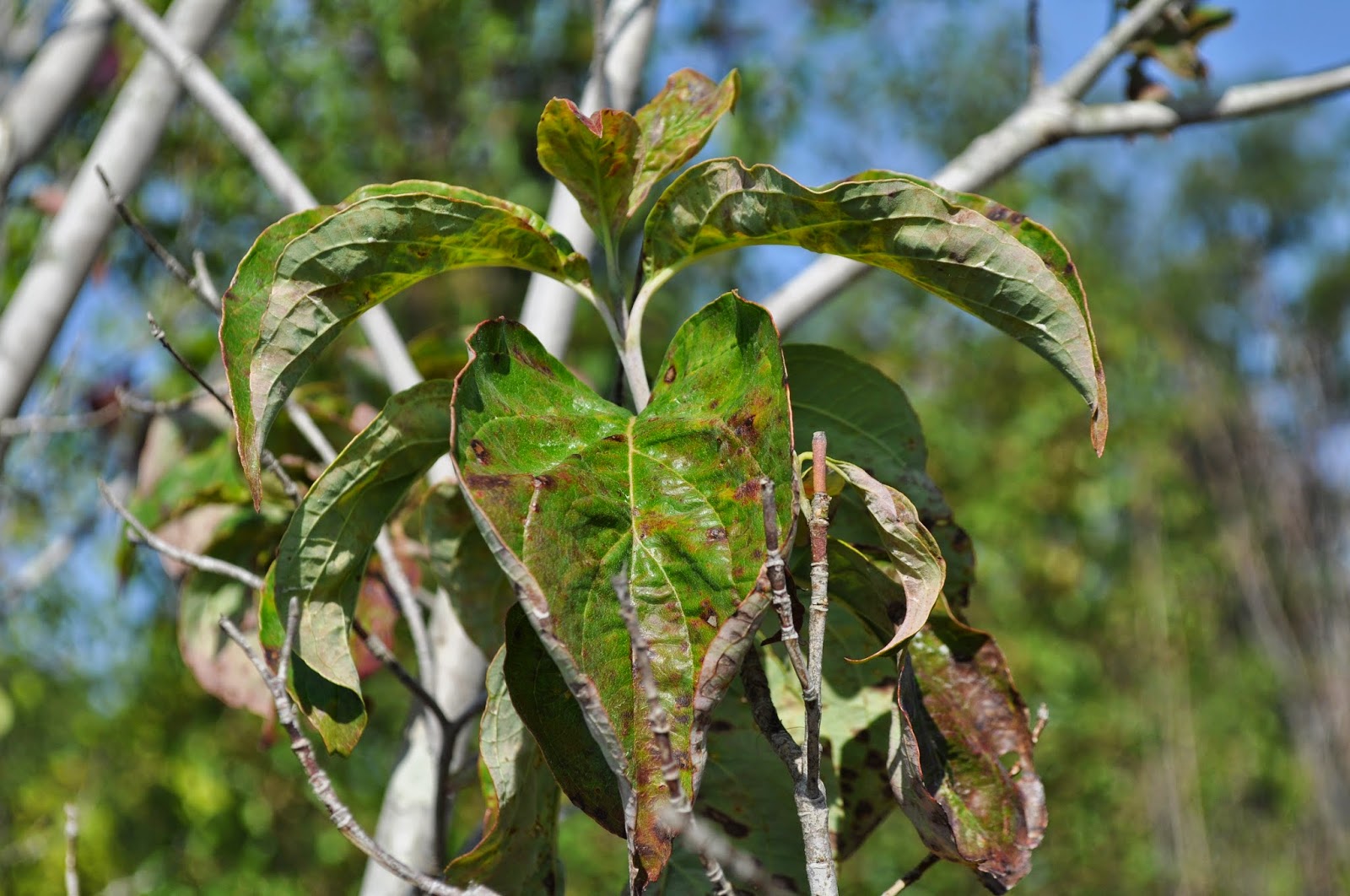 The Union of Concerned Scientists and the Rocky Mountain Climate Organization issued a joint report, "Rocky Mountain Forests at Risk".  Myriad articles about the release of the study had titles like this one:  "Trees Are Dying From No Obvious Cause". 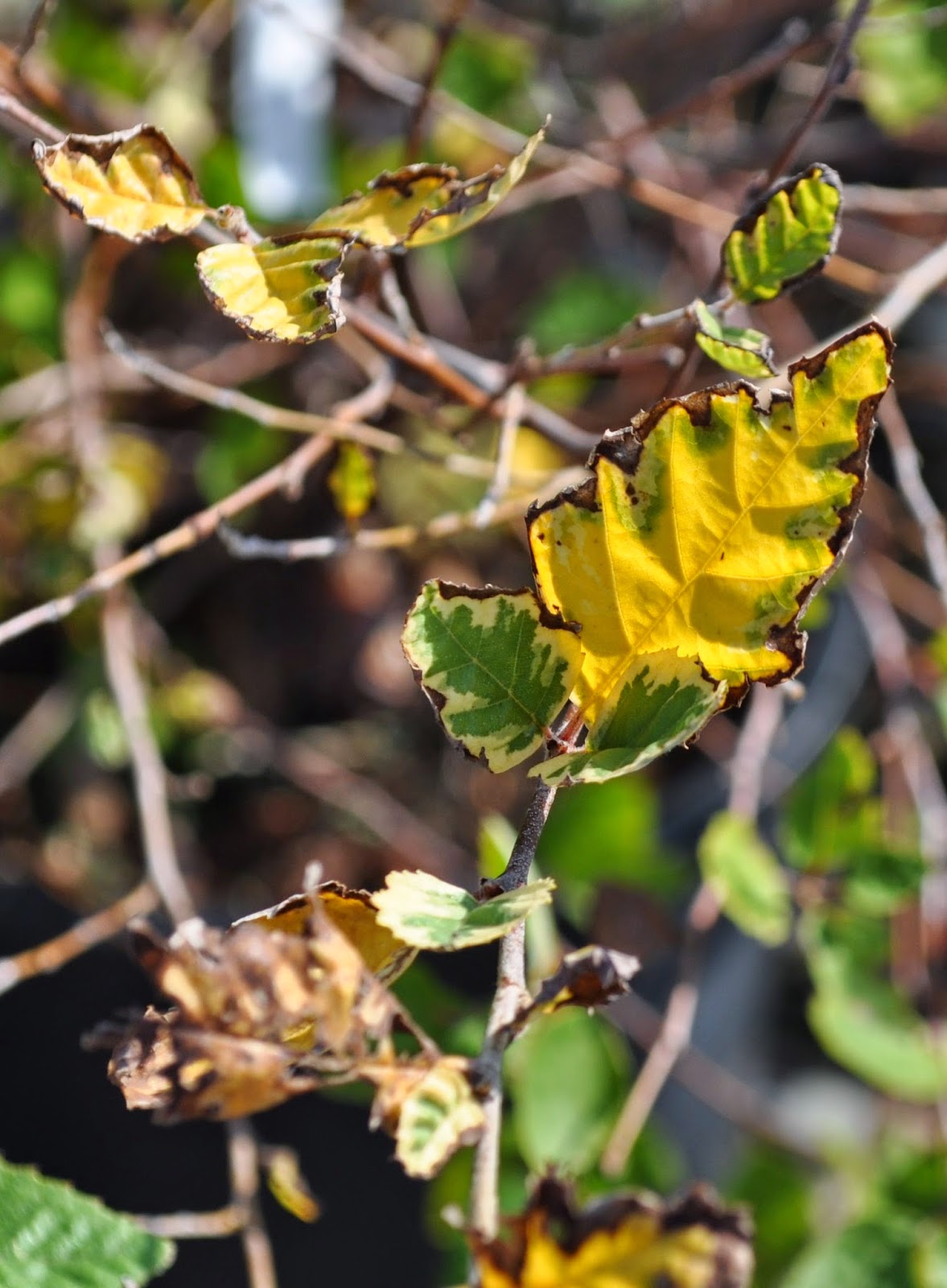 Within the entire report, this was the sole mention of any influence of pollution:  Air and water pollution can stress trees, making them more vulnerable to other stresses such as droughts and wildfires.  The footnote for that leads to a study reported at the US government's Climate website, with the preposterous assertion that eastern forests are increasing their carbon uptake, based on this nonsense:  The shift toward earlier spring leaf out is due to warming in the U.S. East, and has been mirrored by a delay in when trees drop their leaves in autumn. 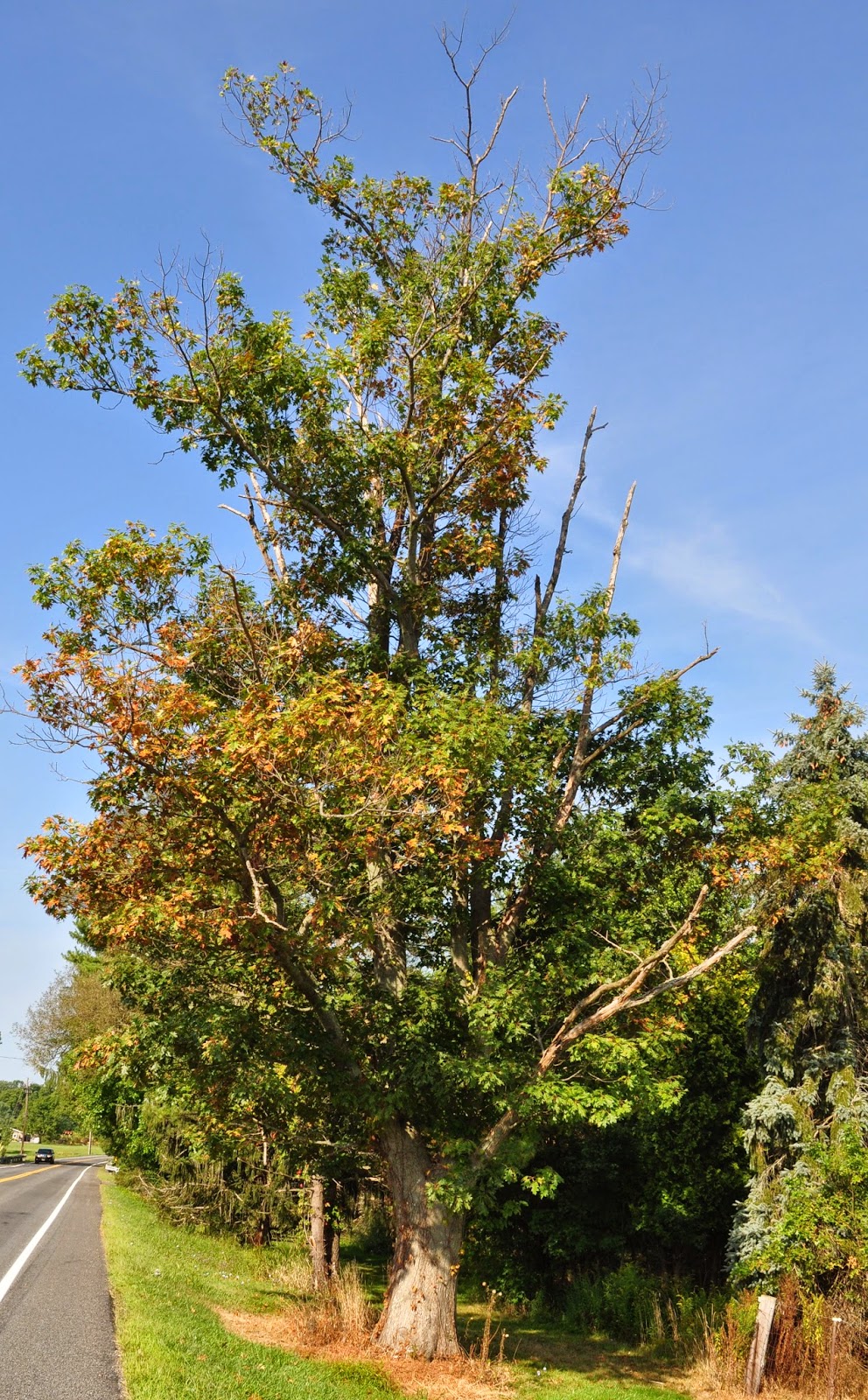 I wrote the authors of the Forest at Risk report the following letter (no reply as yet):

There is no doubt that climate change will kill trees, as they cannot migrate fast enough.  However, that is not what is killing the trees around the world right now.  And there actually IS an obvious reason they are dying prematurely - it is from ordinary but invisible air pollution derived primarily from nitrous oxides and also methane, the precursors to ozone.  The background level of ozone is inexorably rising, and it is even more highly toxic to vegetation than humans. 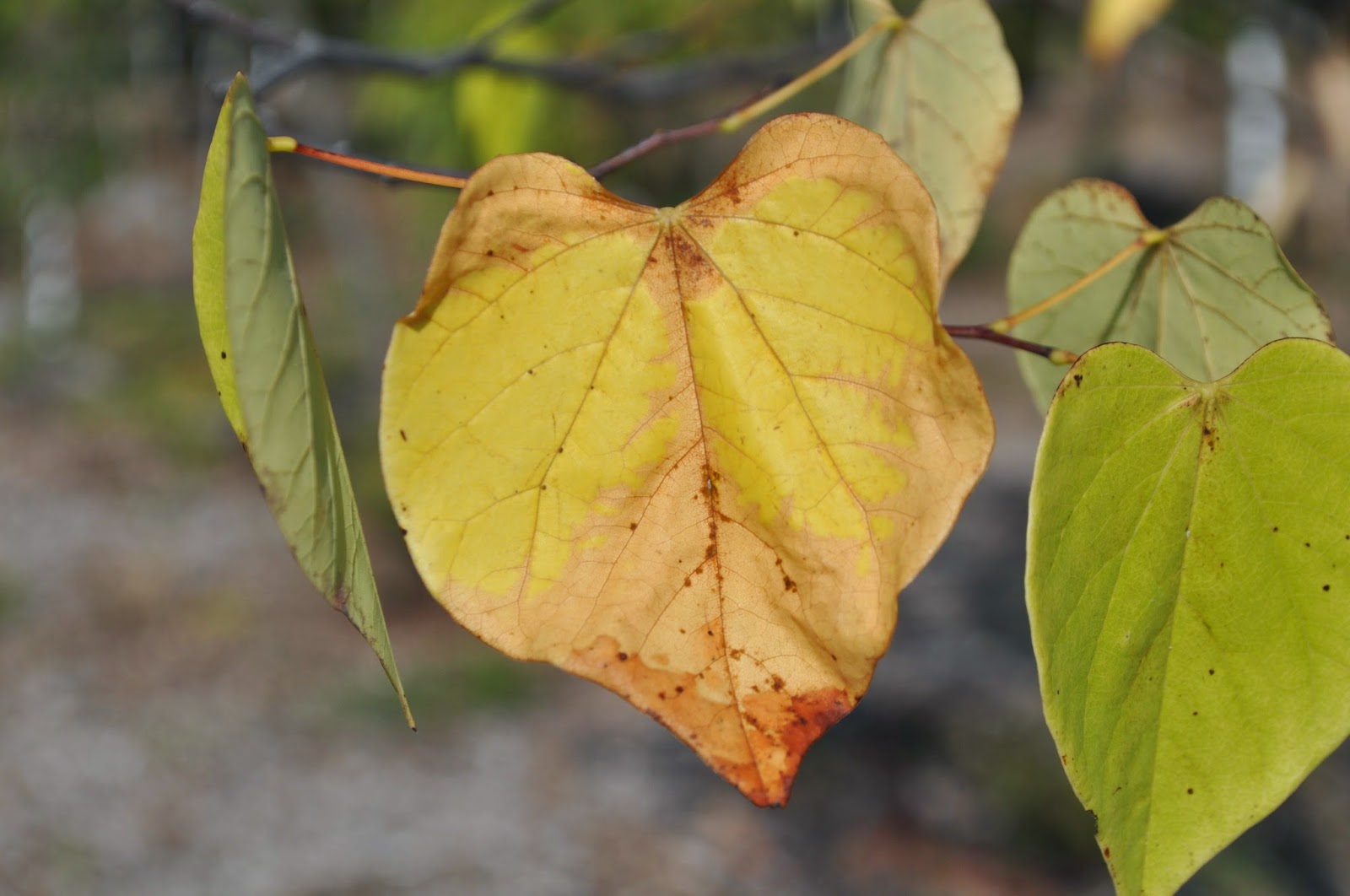 In addition to shrinking roots, making plants more vulnerable to drought and wind, ozone causes a loss of natural immunity to biotic pathogens such as insects, disease and fungus, which have become epidemics globally, not only in the American west.  In fact bark beetles are killing trees in the southeast US, which has become cooler and wetter from climate change.  Every species of tree is now in decline from an onslaught of attacks because they are weakened from pollution. 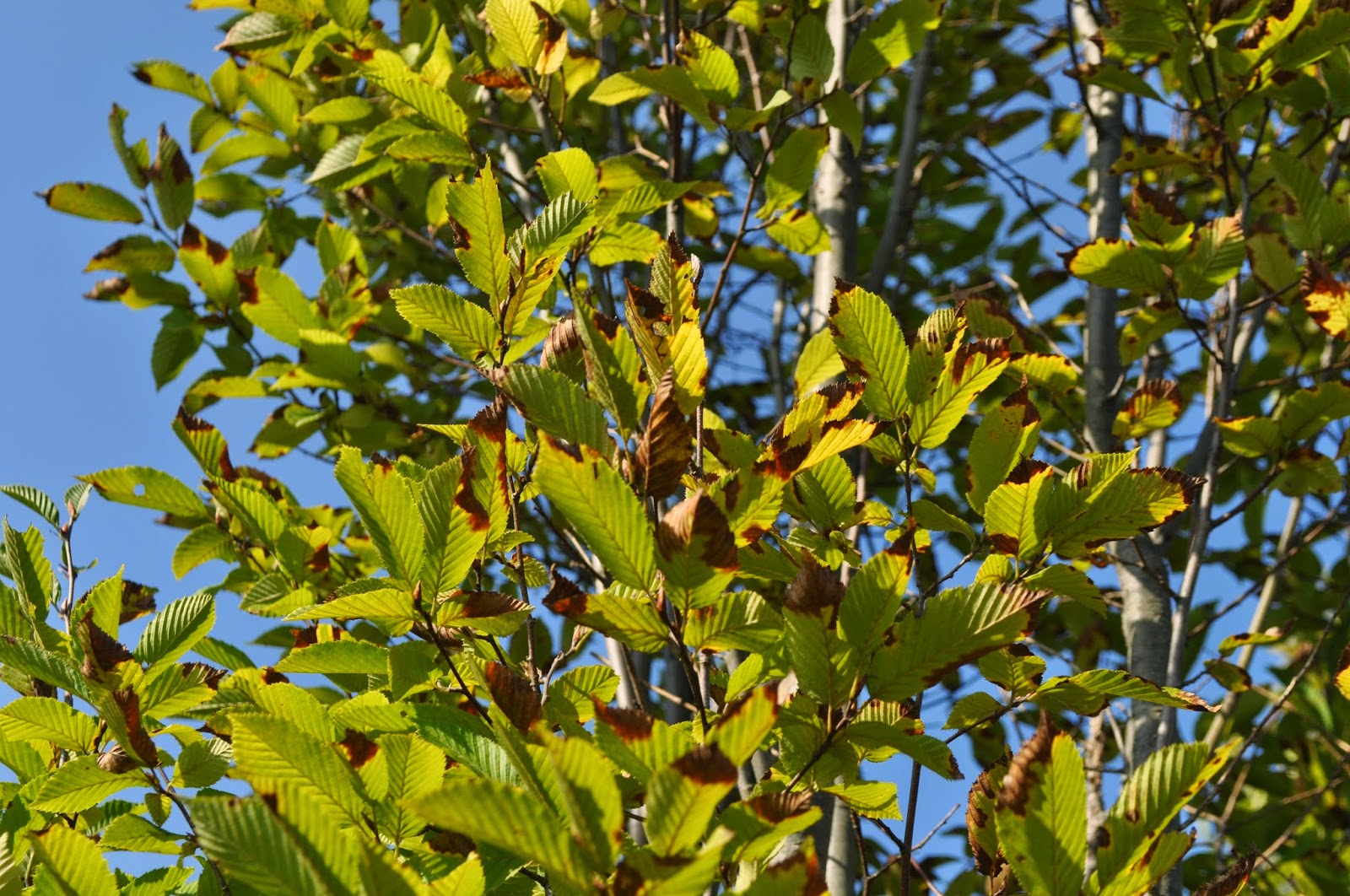 Although this has been well-researched, it is rarely discussed because the only way to stop it is to stop burning fuel. The scientists who study bark beetle in the west and attribute tree decline to drought are confusing correlation with causation.  They should look around in other places not in drought, where the foliage is showing visible symptoms of exposure to pollution.  On the east coast, leaves are shriveling and turning brown instead of the glorious colors of fall.  Autumn has been increasingly disappointing for several years - 2014 will be an epic wipeout. 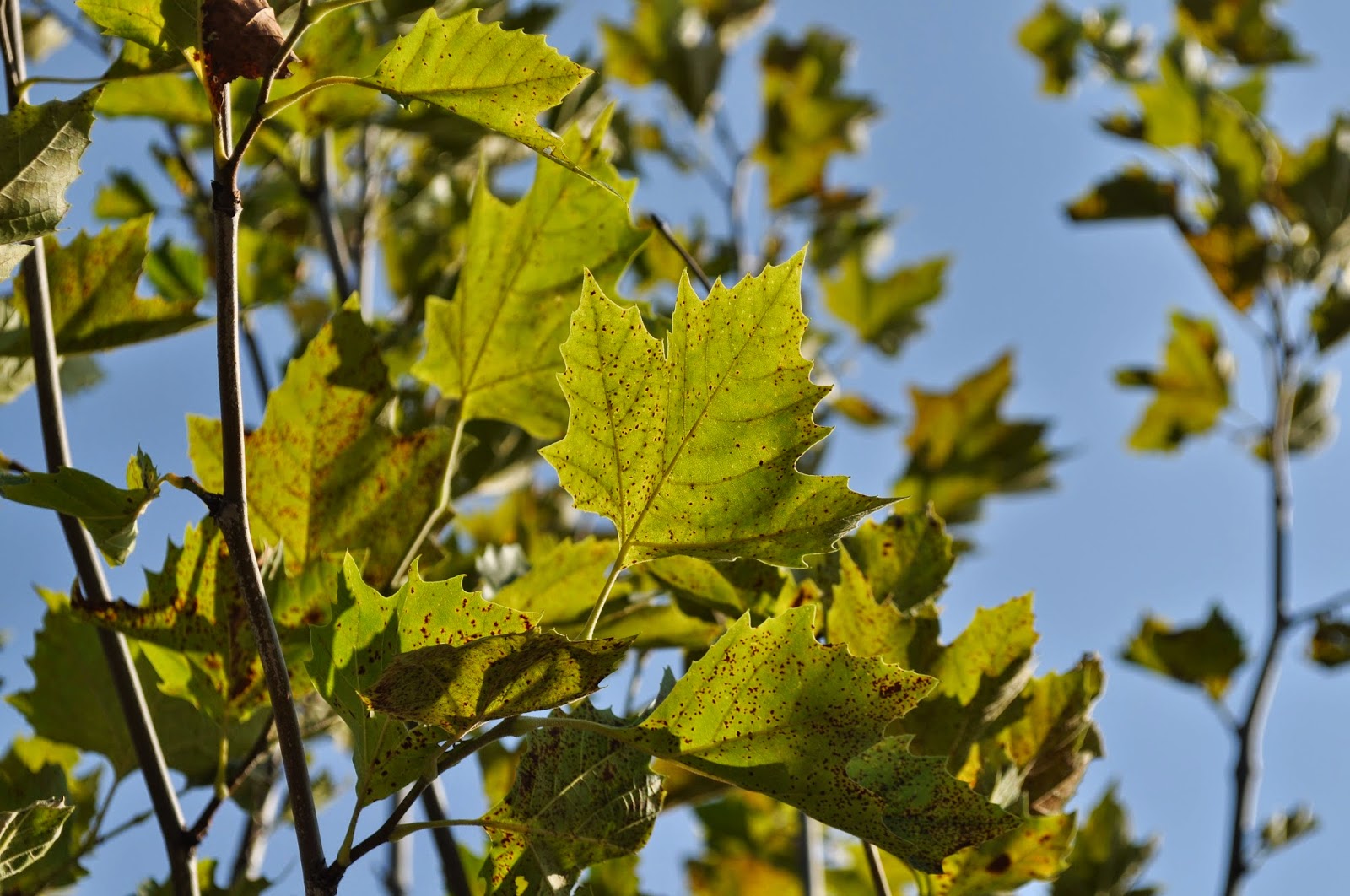 The loss of forests globally due to pollution should be of urgent concern to climate change scientists and activists, because without them absorbing CO2, global warming is going to accelerate far faster than current models predict. 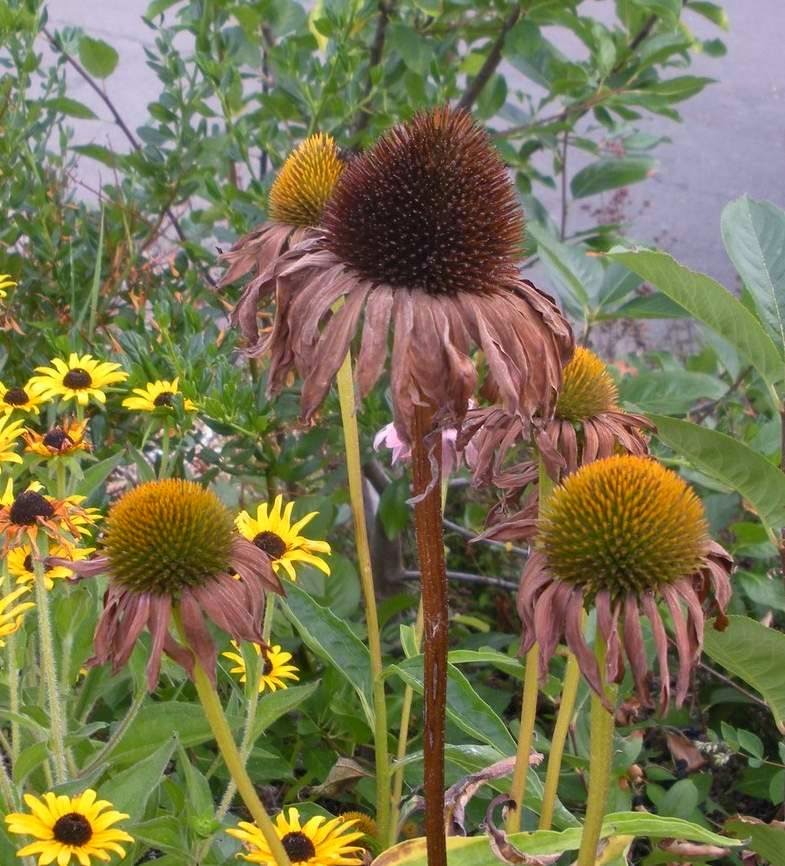 Update:  I forgot to mention that scientists are puzzled as to why there was such a jump in the level of CO2 this past year.

"...preliminary data in the report indicates that the jump could also be attributed to “reduced CO2 uptake by the Earth’s biosphere” – the first time the effectiveness of the world’s great carbon sinks has been scientifically called into question.Scientists said they were puzzled and extremely concerned by prospect of reduced absorption of the world’s oceans and plants, which they cannot explain and which threatens to accelerate the build-up of heat-trapping greenhouse gases in the atmosphere if the trend continues.
“That carbon dioxide concentrations continued to surge upwards last year is worrying news,” said Professor Dave Reay, of the University of Edinburgh.
“Of particular concern is the indication that carbon storage in the world’s forests and oceans may be faltering. So far these ‘carbon sinks’ have been locking away almost half of all the carbon dioxide we emit,” Professor Reay added.
“If they begin to fail in the face of further warming then our chances of avoiding dangerous climate change become very slim indeed.”
The plants and the oceans each typically absorb about a quarter of humanity’s CO2 emissions every year, with the other half going into the atmosphere, where it can remain for hundreds of years.
The last time there was a reduction in the biosphere’s ability to absorb carbon was in 1998, a year in which extensive forest fires and dry weather killed off lots of plants, dealing a blow to the world’s carbon sink.
But Dr Oksana Tarasova, chief of the atmospheric research division at the WMO, said this time it is much more worrying because there have been no obvious impacts on the biosphere this year.“This problem is very serious. It could be that the biosphere is already at its limit, or it may be close to reaching it. Or it may be that it just becomes less effective at absorbing carbon. But it’s still very concerning,” said Dr Tarasova.

Meanwhile, the article is illustrated with this photo, captioned Thick pollution from a factory in Yutian, 100km east of Beijing, China  - but...NO OBVIOUS IMPACTS 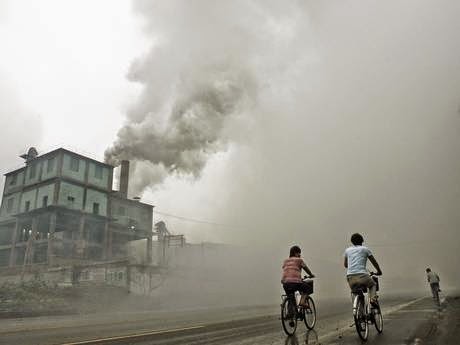