This blog is ostensibly about trees, and the damage being done to forests by air pollution.  It was always intended to function as a repository for any information I can find on that topic, with my interpretation of articles and research.  I happen to think it's extremely imperative that people understand a dangerous trend that is typically being ignored.

But, the purpose of Wit's End has also been to serve as a chronicle about my personal journey of discovery, encompassing despair, protest, and wherever possible, amusement - and well, just about anything else that strikes my fancy.  If you arrived here to learn about ozone and what it is doing to trees and other plants, you should skip this entry and go directly to the website devoted exclusively to the toxic impacts of ozone, or maybe even read the entire free book.

Because, I haven't had time lately to compile anything new about trees, I've been busy with family.  Even though - who knew this? - there is such a thing as a Coronary Tree!  Here's my dad's: 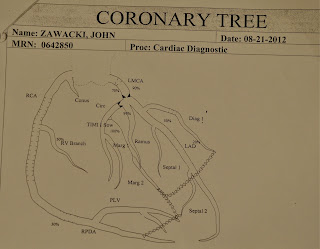 Doc, who is 84 years old, had triple bypass surgery Tuesday and is recovering nicely.  The lines of circles in his coronary tree diagram indicate where his heart grew collaterals spontaneously, to compensate for the blockage developing in the existing arteries - a miraculous feat which the surgeons attribute to his robust health, thanks to the 5000 miles he bikes each year...and to his irreproachably abstemious lifestyle.  He's inordinately proud of himself for surviving this ordeal (as he should be - already sitting up and cracking jokes!) and thinks everyone should view his triumph far and wide. 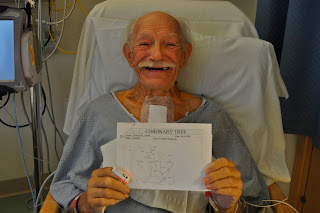 His granddaughters sent him pictures from far-flung places.  Maxine, who is scuba-diving in Hawaii, sent him a heart. 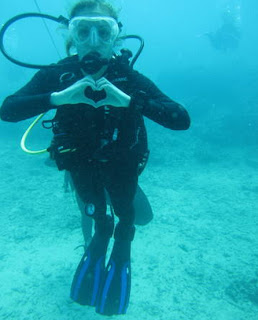 Her sister Alice, who won the first phase of her dressage competition at nationals in Illinois, sent the blue ribbon. 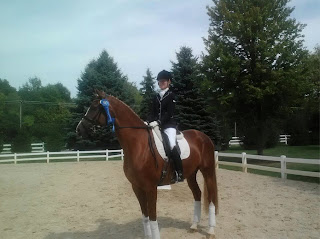 Meanwhile, Sophie is both performing surgery (on a horse)... 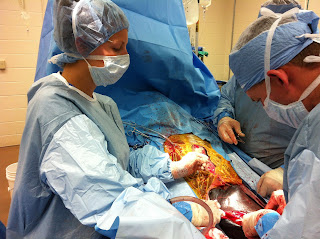 and receiving some from a fellow clinician (who is removing gravel from her arm after a spill in a bike race). 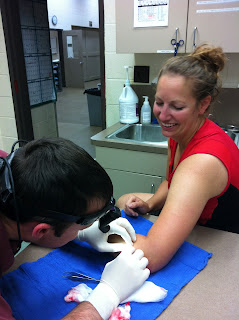 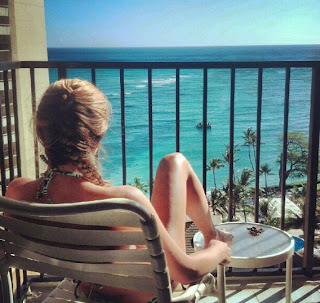 and three beautiful accomplished daughters and a dad I'm so proud to be related to. 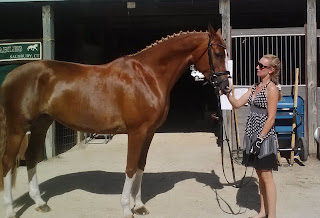 Love to all of you.

Update!  Alice was written up in Dressage Daily:

Alice Tarjan and Elfenfeuer (Florencio I-Elfensonne by Sion) the first combination to perform their Preliminary Test for the five-year-old division set the standard no one else in the 14 horse field could rival. The Oldenburg mare owned by Tarjan (Oldwick, NJ) scored an overall 7.66 after earning high marks for submission, 8.0, and 7.8 for their canter and general impression. They also scored 7.7 and 7.0 for their trot and walk respectively in the Preliminary Test, which counts for 40% of the overall Championship score. Tarjan and Elfenfeuer were the winners of the East Coast Young Horse Trials held in May, at Morven Park, Virginia. 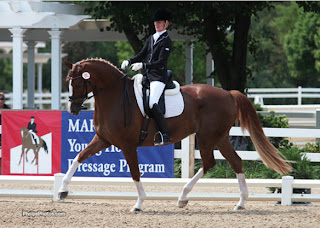 Elfenfeuer is competing in her first Markel/USEF National Young Horse Dressage Championship after having bypassed the annual event as a four-year-old. Heading into Saturday's Final Test, Tarjan is hoping the mare will be more settled in her second Championship test.

"She was really tight and on the muscle (today), it was not our best test. (Saturday) I hope she is a little more relaxed and we can have fun."

Update update:  I know, all these blue ribbons are getting tedious.   Alice won the 6-year prelim on Somer Hit today: 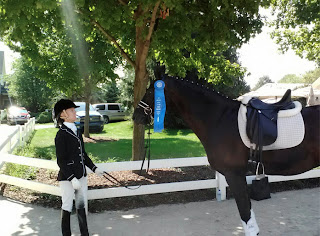