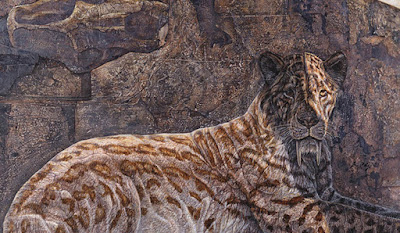 “If only it were all so simple! If only there were evil people somewhere insidiously committing evil deeds, and it were necessary only to separate them from the rest of us and destroy them. But the line dividing good and evil cuts through the heart of every human being. And who is willing to destroy a piece of his own heart?” 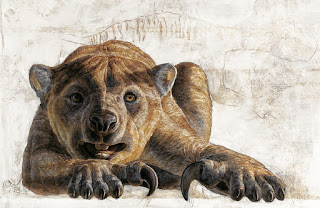 The paintings in this post are by the Kennis & Kennis, twin brothers who specialize in reconstructing animals who are now extinct.  They also have a gallery with photos of their amazing sculptures at their website, like this Neanderthal, one of all the other hominid species that didn't survive to cohabit earth with homo sapiens. 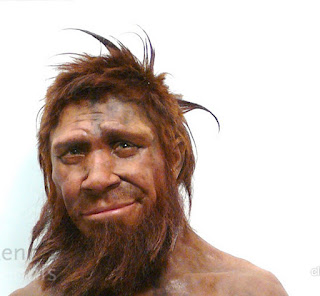 Following is the transcript for this week’s episode of Extinction Radio’s Dispatch from the Endocene.  A podcast for this and all the other segments of the show can be heard at the website.


Thank you Gene, and welcome listeners!  This is the 13th Dispatch From the Endocene.

Once a glimmer of awareness that a self-induced human extinction may be imminent first flickers into our consciousness, it seems inevitable for certain questions to immediately follow.  Whether you come to this knowledge because you learned about amplifying feedbacks in climate change, or from a broader ecological perspective of overshoot, it often becomes urgent to understand why humans are so blind as to destroy our precious home, and whether things could have turned out differently, and how there can be any meaning to our lives if it’s all going to disappear with no one left to remember anything we accomplished, or learned, or loved. 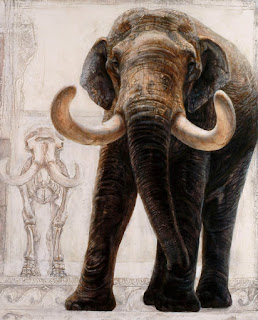 To address these issues honestly, it helps to have a realistic understanding of human behavior, without distorting the past to accommodate the powerful desire that our better angels might ultimately prevail.  An accurate reading of hard-wired tendencies matters to the degree that it gets to the heart of why, even when we intellectually realize that our way of life is unsustainable and exploitative, still we are unable to stop ourselves from continuing down a ruinous path…a path that began to unfold long before civilization, long before agriculture.  It has its roots in language and the use of symbols, imagination and the potency of belief systems - abilities that bestow on the one species that possesses them to cooperate in large groups, whether for constructive or destructive activities. 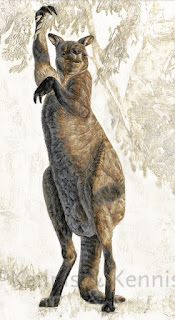 Despite the threat implicit to most people by the lack of free will, going through the process of understanding that we are fundamentally animals with genetically coded traits like any other can become quite comforting as one travels the road towards acceptance of extinction.  The recent discovery of yet another vanished hominid species in South Africa simply adds to the roster of several others that were out-competed, to put it politely, by our direct ancestors. 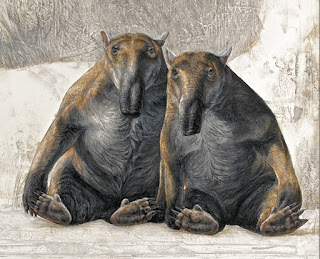 I’m in the middle of a terrific book called “Sapiens - A Brief History of Humankind” by Yuval Noah Harari, that looks into how our minds evolved over time.  I thought I would share a bit from it, where he writes about the short-sighted hunting by early hunter-gatherers, which led to results quite similar in kind, if not in scope, to the ongoing massacre of the biosphere by contemporary society.  In substantiation of this, I will post links to some academic papers on this topic at the Extinction Radio website, and also on my blog, Wit’s End.  So here goes, starting on page 78 - 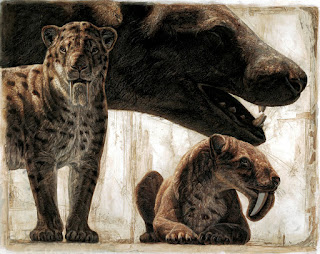 “The extinction of the Australian megafauna was probably the first significant mark Homo sapiens left on our planet.  It was followed by an even larger ecological disaster, this time in America.  Homo sapiens was the first and only human species to reach the western hemisphere landmass, arriving about 16,000 years ago, that is in or around 14,000 BC.  The first Americans arrived on foot, which they could do because, at the time, sea levels were low enough that a land bridge connected north-eastern Siberia with north-western Alaska….

At first, glaciers blocked the way from Alaska to the rest of America, allowing no more than perhaps a few isolated pioneers to investigate the lands further south.  However, around 13,000 BC, global warming melted the ice and opened an easier passage.  By 10,000 BC, humans already inhabited the most southern point in America, the island of Tierra del Fuego at the continent’s southern tip.  The human blitzkrieg across America testified to the incomparable ingenuity and the unsurpassed adaptability of Homo sapiens.  No other animal had ever moved into such a huge variety of radically different habitats so quickly, everywhere using virtually the same genes. 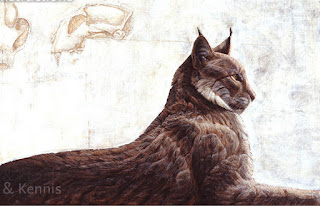 The settling of America was hardly bloodless.  It left behind a long trail of victims.  American fauna 14,000 years ago was far richer than it is today.  When the first Americans marched south from Alaska into the plains of Canada and the western United States, they encountered mammoths and mastodons, rodents the size of bears , herds of horses and camels, oversized lions and dozens of large species the likes of which are completely unknown today, among them fearsome saber-tooth cats and giant ground sloths that weighed up to eight tons and reached  a height of sex meters.  South America hosted an even more exotic menagerie of large mammals, reptiles and birds.  The Americas were a great laboratory of evolutionary experimentation, a place where animals and plants unknown in Africa and Asia had evolved and thrived. 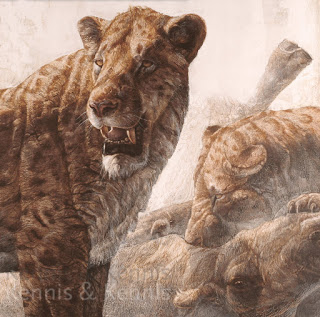 But no longer.  Within 2,000 years of the Sapiens’ arrival, most of these unique species were gone.  According to current estimates, within that short interval, North America lost thirty-four out of its forty-seven genera of large mammals.  South America lost fifty out of of sixty….

Thousands of species of smaller mammals, reptiles, birds and even insects and parasites also became extinct (when the mammoths died out, all species of mammoth ticks followed them to oblivion).

…some scholars try to exonerate Homo sapiens and blame climate change (which requires them to posit that, for some mysterious reason, the climate in the Caribbean islands remained static for 7,000 years while the rest of the western hemisphere warmed).  But in America…We are the culprits.  There is no way around that truth.  Even if climate change abetted us, the human contribution was decisive.” 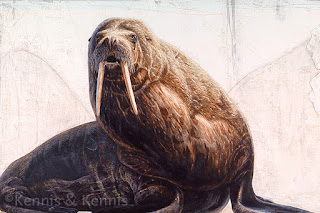 I hope you get a chance to check out some of the research from archaeology and paleobiology upon which this excerpt is based, studies that are compelling to the unbiased.  If you get a chance to read the book, Sapiens, I highly recommend it - and there is also a link to an interesting panel discussion about the “great leap” in cognition.

There is a companion conviction to the discredited notion that it was climate, not humans, that caused mass extinctions over 10,000 years ago, and that is, that tribal people before agriculture were peaceful, lived in harmony with nature, and were egalitarian.  This popular notion, which bolsters the hope that our blatant exploitation and pollution of the environment was preventable and is the fault of a few bad actors, doesn’t bear up to scrutiny of the actual record immutably buried in the ground.  There are numerous examples, but to take just one I found recently, consider the Crow massacre.  Here’s a summary of the wiki description: 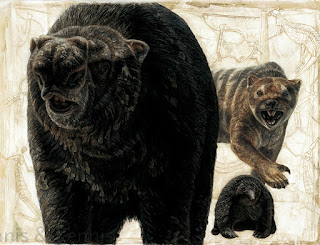 The Crow Creek massacre site is in South Dakota, along the Missouri River.  It occurred around 1325 AD, when a fortified village was attacked and at least 486 people were killed.  Most were mutilated in various ways such as tongues being removed, teeth broken, decapitation, hands and feet cut off and other dismemberments, and most commonly, scalping.  The remains of some of the victims showed evidence of previous battles (scalpings and embedded arrows) and most were chronically malnourished, with stunted growth and nutritional deficiencies.  It appeared that domesticated dogs were eaten during famine.

To make matters worse by modern standards, a recent study of the markings of scalping wounds concluded that women were brutalized far more than men - and the reason is far more profound than competition for resources.  The Crow males considered women more like beasts of burden, a sub-human source of labor, - thus they were dispatched in a method more like butchering animals than the symbolic, ritualized dispatch of an enemy.

So much for the noble savage nonsense.

From my blog, prior posts:
http://witsendnj.blogspot.com/2014/10/the-endocene.html

http://rspb.royalsocietypublishing.org/content/281/1787/20133254
Global Late Quaternary extinctions linked to humans, not climate change:
Excerpt from the above:  "The global pattern of late Quaternary megafauna extinction presents a clear picture that extinction is closely tied to the geography of human evolution and expansion and at most weakly to the severity of climate change. The pattern of extinctions closely followed the hominin paleobiogeography hypothesis with increasing severity of extinction with reduced period of hominin–megafauna coevolution, notably with uniformly high extinction in areas where H. sapiens was the first hominin to arrive. By contrast, only in Eurasia was there a climate change signal."

p. xi - “Of the four explanations presented for the disparity in total cuts observed on males and females, the first explanation, that female victims of the Crow Creek massacres suffer higher levels of brutality, is the most plausible.”  It is outlined on p. 83

Video of discussion, Planet of the Humans, Leap to the Top, hosted by Brian Lehrer, with a helpful breakdown of the timing of each segment