“For a hundred years or more the world, our world, has been dying. And not one man, in these last hundred years or so, has been crazy enough to put a bomb up the asshole of creation and set it off. The world is rotting away, dying piecemeal. But it needs the coup de grace, it needs to be blown to smithereens. Not one of us is intact, and yet we have in us all the continents and the seas between the continents and the birds of the air. We are going to put it down ― the evolution of this world which has died but which has not been buried.”

The tumultuous blogosphere is writhing, aghast from an assault of baleful tidings.  No need for a compendium at Wit's End of all the horrible events that have recently transpired, a mounting catelog of disasters being shared across virtual space, with mixtures of terror and disbelief roiling those vanishingly small groups of people that pay attention to climate tipping points and incipient fascism.  Probably everyone has already heard that the arctic is melting, and now even the scientists are embroiled in a pitched battle arguing over whether or not a methane explosion as a result is likely or even possible.

Then there is the silly research showing that as heat increases, people become more violent and wars are more likely.  Really duh? - did they have to do a study to figure that out?

One story that caught my eye was the localized poof of black dust in Detroit which was filmed from across the river in Canada.  It seems like the perfect microcosm of our headlong rush to obliterate as many lives as possible before we're annihilated ourselves, so here it is:

This example is special because, along with much else, it can be directly laid at the feet of those imperious and repugnant beasts among men, the Koch brothers.  Huffington Post ran the following explanation of what happened, which is illustrated by some work by Eyepilot13.  He is doing yeoman's duty in Illinois, capturing the relentless passage of trains tagged as carrying hazardous crude oil from the Bakken fields to Maryland with his impeccable photography.  Check out his site for more sardonic documentation of our industrialized chug towards oblivion. 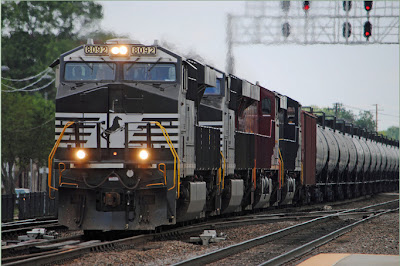 "We’ve been told that the pet coke dust issue is being contained, but here is firsthand evidence to the contrary," said Rep. Gary Peters (D-Mich.) in a statement responding to the video, which was filmed in Windsor, Ontario, just across the river from Detroit.
The pet coke pile is owned by Koch Carbon, an affiliate of Koch Industries that sells pet coke internationally. A spokesman for Detroit Bulk Storage, the company that Koch Carbon pays to store the product, confirmed to The Windsor Star that the black dust in the video came from the Detroit pile.

The spokesman said the pile is normally contained with epoxy, and that the video was filmed when the seal was broken on Saturday in order to load a ship.  A Detroit oil refinery owned by Houston-based Marathon Oil has been producing the pet coke since November, following a $2.2 billion renovation that allowed it to process tar sands oil from Alberta province, in Canada. Pet coke is a byproduct of that process, and is sold (often to foreign countries) as a cheaper alternative to coal. 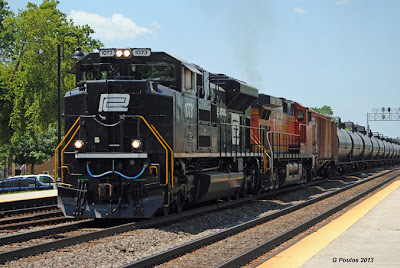 ...Environmentalists point out that pet coke, while cheaper than some traditional fuel sources, is also dirtier. The carbon-based substance produces significantly more carbon dioxide when burned than coal does. 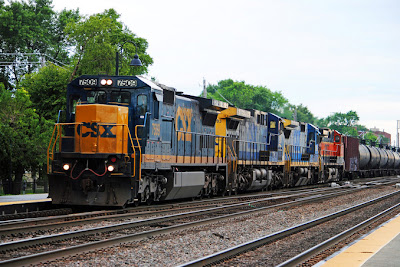 Koch Carbon is owned by billionaire brothers Charles and David Koch, who have donated vast sums of money to conservative causes. The largest pet coke trader in the world, Oxbow Corporation, is owned by Charles and David's brother, William Koch, according to the research and advocacy organization, Oil Change International.

Following is the latest from the Hawkkey Davis Signs of Change youtube weekly series, which is a terrific and generally comprehensive mix of clips recording cataclysms from places near and far.  It doesn't include indisputably anthropogenically generated calamities like leaking radiation from Fukushima and the ongoing slaughter of wild animals.  Perhaps that's the point - the unsaid implication is that God is punishing us for our transgressions...but for apocalyptic weather events it's a lot of fun.

The oil spill in Thailand included in that video is another localized but poignant symbol of our inexorable destruction of what was, not so very long ago, a paradise, our beautiful earth with its bountiful oceans and forests.  I was reminded of the excellent essay, Confessions of a Recovering Environmentalist, by Paul Kingsnorth, which I read last year after it was originally published in Orion, when I saw an excerpt posted at Collapse of Industrial Civilization.  In hindsight I think that essay was probably the final most persuasive influence, after several years of preplexed struggling with various groups of activists, which led me to conclude that other than a very few individuals with no influence, our species is simply incapable of awakening from our collective stupor to our malignant impact on our planet.  If anything, we will only become more frenetic in our depradations while the evidence mounts that we are careening towards perdition.  Pictures are from HuffPo - they are heartbreaking not just for the ruined beach and water, but the poor people who are trying to protect their skin and lungs from the caustic oil and its toxic fumes.  Everything that follows is from the Kingsnorth essay. 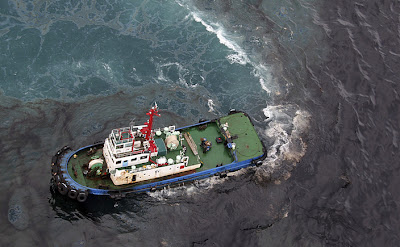 ...Today’s environmentalism is as much a victim of the contemporary cult of utility as every other aspect of our lives, from science to education. We are not environmentalists now because we have an emotional reaction to the wild world. Most of us wouldn’t even know where to find it. We are environmentalists now in order to promote something called “sustainability.” 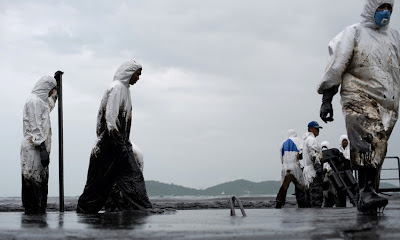 What does this curious, plastic word mean? It does not mean defending the nonhuman world from the ever-expanding empire of Homo sapiens sapiens, though some of its adherents like to pretend it does, even to themselves. It means sustaining human civilization at the comfort level that the world’s rich people—us—feel is their right, without destroying the “natural capital” or the “resource base” that is needed to do so. 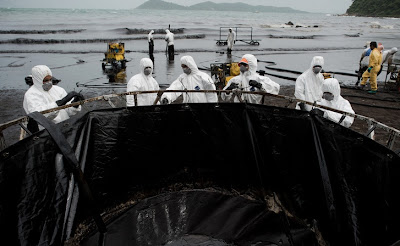 It is, in other words, an entirely human-centered piece of politicking, disguised as concern for “the planet.” In a very short time—just over a decade—this worldview has become all-pervasive. It is voiced by the president of the USA and the president of Anglo-Dutch Shell and many people in between. The success of environmentalism has been total—at the price of its soul. 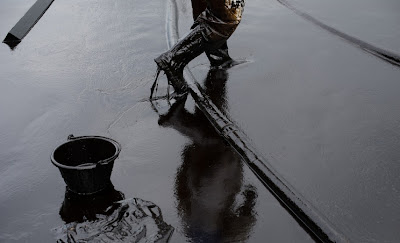 Let me offer up just one example of how this pact has worked. If “sustainability” is about anything, it is about carbon. Carbon and climate change. To listen to most environmentalists today, you would think that these were the only things in the world worth talking about. 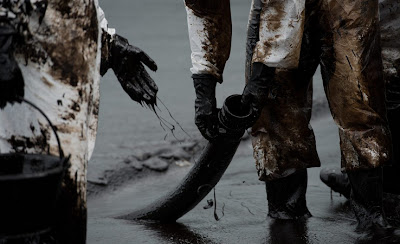 The business of “sustainability” is the business of preventing carbon emissions. Carbon emissions threaten a potentially massive downgrading of our prospects for material advancement as a species. They threaten to unacceptably erode our resource base and put at risk our vital hoards of natural capital. If we cannot sort this out quickly, we are going to end up darning our socks again and growing our own carrots and other such unthinkable things. All of the horrors our grandparents left behind will return like deathless legends. Carbon emissions must be “tackled” like a drunk with a broken bottle—quickly, and with maximum force. 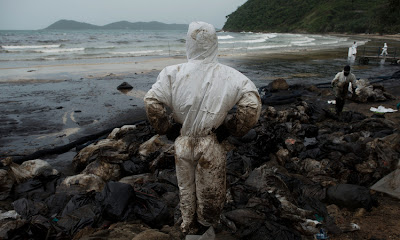 Don’t get me wrong: I don’t doubt the potency of climate change to undermine the human machine. It looks to me as if it is already beginning to do so, and that it is too late to do anything but attempt to mitigate the worst effects. But what I am also convinced of is that the fear of losing both the comfort and the meaning that our civilization gifts us has gone to the heads of environmentalists to such a degree that they have forgotten everything else. The carbon must be stopped, like the Umayyad at Tours, or all will be lost. 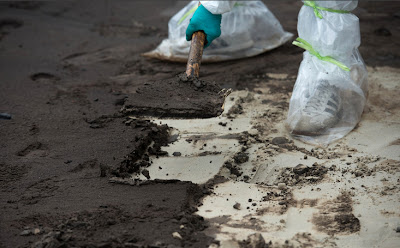 This reductive approach to the human-environmental challenge leads to an obvious conclusion: if carbon is the problem, then “zero-carbon” is the solution. Society needs to go about its business without spewing the stuff out. It needs to do this quickly, and by any means necessary. Build enough of the right kind of energy technologies, quickly enough, to generate the power we “need” without producing greenhouse gases, and there will be no need to ever turn the lights off; no need to ever slow down. 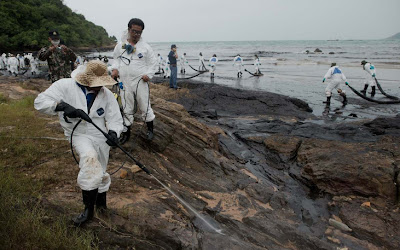 To do this will require the large-scale harvesting of the planet’s ambient energy: sunlight, wind, water power. This means that vast new conglomerations of human industry are going to appear in places where this energy is most abundant. Unfortunately, these places coincide with some of the world’s wildest, most beautiful, and most untouched landscapes. The sort of places that environmentalism came into being to protect. 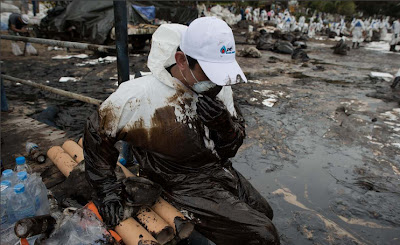 And so the deserts, perhaps the landscape always most resistant to permanent human conquest, are to be colonized by vast “solar arrays,” glass and steel and aluminum, the size of small countries. The mountains and moors, the wild uplands, are to be staked out like vampires in the sun, their chests pierced with rows of five-hundred-foot wind turbines and associated access roads, masts, pylons, and wires. 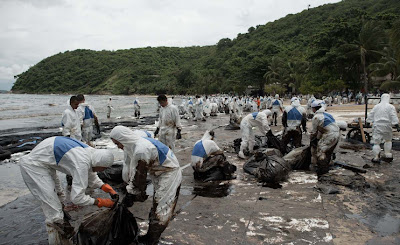 The open oceans, already swimming in our plastic refuse and emptying of marine life, will be home to enormous offshore turbine ranges and hundreds of wave machines strung around the coastlines like Victorian necklaces. The rivers are to see their estuaries severed and silted by industrial barrages. The croplands and even the rainforests, the richest habitats on this terrestrial Earth, are already highly profitable sites for biofuel plantations designed to provide guilt-free car fuel to the motion-hungry masses of Europe and America. 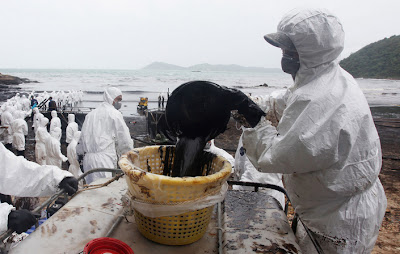 What this adds up to should be clear enough, yet many people who should know better choose not to see it. This is business-as-usual: the expansive, colonizing, progressive human narrative, shorn only of the carbon. It is the latest phase of our careless, self-absorbed, ambition-addled destruction of the wild, the unpolluted, and the nonhuman. It is the mass destruction of the world’s remaining wild places in order to feed the human economy. And without any sense of irony, people are calling this “environmentalism.” 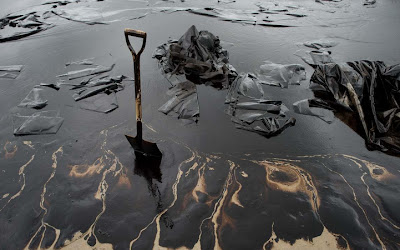