A Walk in the Dying Woods

To acquire knowledge, one must study;
but to acquire wisdom, one must observe.

~ Marilyn Vos Savant
Once again a story has surfaced about urban trees dying, purportedly from leaking natural gas pipelines around their roots.  Some folks are hoping to win awards or settlements from energy companies.  Bob Ackley, a self-described "gas leakage specialist" started out in Boston and has since apparently managed to receive enough support to expand to a six-person team funded by Duke's Nicholas School of the Environment.  He has moved on down to Washington, DC, as pictured above.  This transparent scam conveniently ignores the fact that trees which are not anywhere near gas lines, leaky or intact, are in just as poor health as those that are.  But, I guess people notice trees dying in those areas first, because they are developed, and it costs the municpality money to remove them, and so they look for the most proximate cause.  The only part of the article that doesn't miss the point is this sentence:  "Gas leaks contribute to smog".  Methane is an ozone precursor. 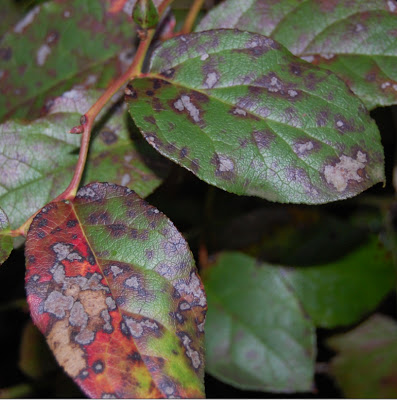 Fortunately, readers of Wit's End have exceptional powers of observation.  These pictures of leaves and bark were shared by Chet, who is finding injured foliage around Seattle.  I'm always grateful to find that there are at least a few who aren't taken in by the usual rogues' gallery of blame - chemtrails, Fukushima, Deepwater Horizon, road salt, cell tower radiation, invasive insects, disease, and fungus...oh, and the Second Coming of Christ.  There is so much irrefutable research about how air pollution is particularly toxic to plants - and there's absolutely no question that the invisible but highly toxic background level of tropospheric ozone is inexorably rising - it boggles the mind that people cling to improbable, if not impossible, sources of weakened immunities and premature mortality. 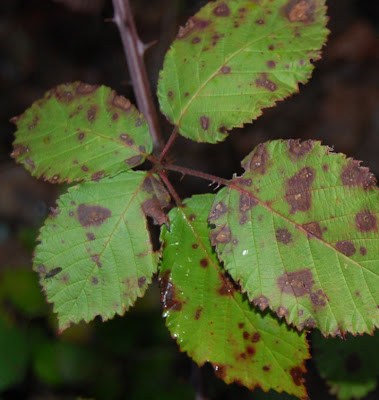 I suppose I shall have to write to the gas companies and the researchers and the litigants about the gas leaks...AGAIN.  This has become a tiresome game of whack-a-mole.  I already contacted all the interested parties and reporters in 2010 upon first learning about the lawsuit, and posted one chronicle of our correspondence here. 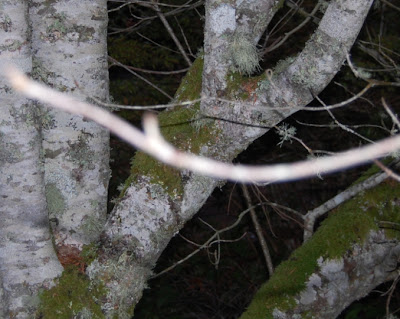 I got nowhere with that so I wrote to the various newpaper editors and town officials. 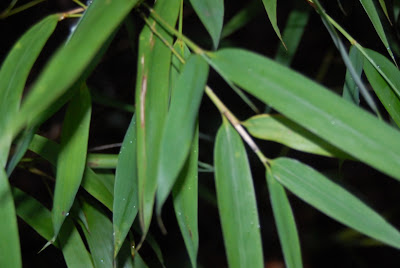 Nobody replied to that either, even though the motives of Ackley and his lawyer are barely disguised...as I observed:

He was quoted as saying "Statewide, there could be somewhere between $15 billion - $30 billion in damages." Hmmm...according to the terms of the Trust, it (it being Ackley and Schlichtmann, remember) retains 40% of anything they help the towns to recover from National Grid. So, if they held National Grid fully accountable that means a potential of billions in legal fees for the "Trust".  Billions!! 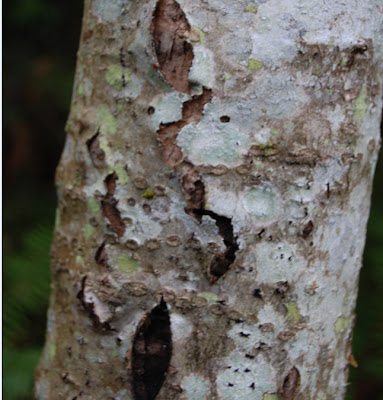 The following video, so kindly made to share with readers of Wit's End, was made in Virginia. 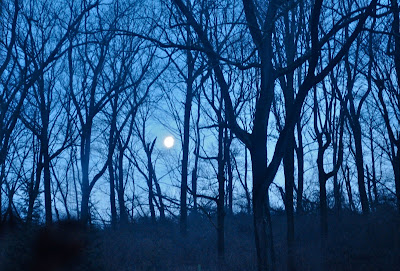 Oddly, the forest there looks quite like the woods around Wit's End in the picture above, which I took last week, when the moon was rising.

I finally got around to writing the scientist who produced this map, taken from NASA satellite data, which documents the decline in vegetation in the Eastern US from 2000 to 2010.  Unsurprisingly, they corrolate this decline with drought from climate change, even though according to numerous studies, the northeast has become wetter, not drier. 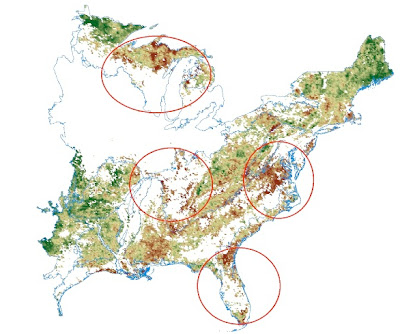 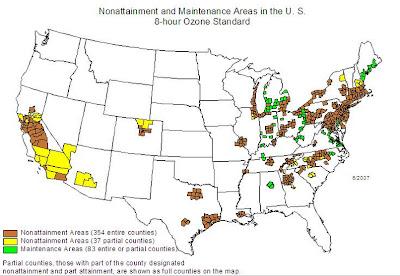 What follows are photos from the "25 most polluted places on Earth" (frankly I think they should have included a human body, each one of which is the repository of countless noxious chemicals) and the contents of the letter to the lead author of that NASA research:
Dear Dr. Potter,

I am writing because I came across your paper, Declining Vegetation Growth Rates in the Eastern United States from 2000 to 2010.
I have been observing premature mortality in trees for several years, which appears to be accelerating at an exponential rate.  I have seen this around my home in New Jersey, and in my travels along the East and West coasts.  From news reports and other scientific research, it appears to be a gobal trend.
Because trees are dying in every location - even young trees in nurseries that are being watered - the explanation that drought from climate change is the primary reason is insufficient to explain the trees that are dying just as fast in places that have become wetter from climate change, such as the UK.
I wonder if you considered tropospheric ozone as the underlying factor?

I apologize if you are already familiar with this information:  The persistent background levels are inexorably increasing, and it is a well-known phytotoxin.  Furthermore, it is also well-documented that plants that absorb ozone become more vulnerable to pathogens, including insects, disease and fungus, which are running rampant.  In repairing damage to foliage, less energy is allocated to roots, exacerbating the effects of drought.  (See attached photo of potatoes from fumigation experiment - left grown in filtered, clean air; center is ambient polluted air; and right with additional added ozone 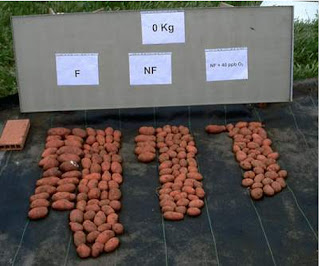 cumulative damage over seasons is even worse for trees).  Classic symptoms of ozone injury are found on leaves and needles everywhere, including on tropical plants being grown in watered pots in the summertime, and trees that are growing along rivers and lakes.
I also attached your map for comparison to one of US counties designated as ozone non-attainment (which is from 2007).

"...in a number of cities where emerald ash borer has killed all the ash trees, heart attack rates and lung disease deaths are higher than before the ash died. With 10-25% of their urban canopy gone, air pollution is more prevalent.[9]
"In an analysis of 18 years of data from 1,296 counties in 15 states, researchers found that Americans living in areas infested by the emerald ash borer, a beetle that kills ash trees, suffered from an additional 15,000 deaths from cardiovascular disease and 6,000 more deaths from lower respiratory disease when compared to uninfected areas. When emerald ash borer comes into a community, city streets lined with ash trees become treeless."
As I pointed out in a post on my blog Wit's End, the research doesn't bring up the question of what happens to all the trees that are so obligingly soaking up pollution and saving humans from lethal illnesses.

One book, An Appalachian Tragedy, was published in 1998 and delineates the ways in which air pollution is causing forest decline from Georgia to Maine.  From what I have seen, the process has been greatly exacerbated and is now a world-wide threat, probably due to the phenomenal increase in precursors from Asia.  I recently wrote an update incorporating newer research which was published at Greg Laden's Science Blog.
I would greatly appreciate hearing any thoughts you have on this topic.  Because pollution is killing trees and other plants, climate change will be greatly intensified, and as far as I can tell, not one single model is factoring in this very significant impact.  The fact is, that if we stopped emitting precursors, or at least greatly reduced them, the air would clear quickly, and not only could we continue to have trees but annual crop quality and quantity would be improved.
Does your group do any work with ozone?  Are you going to do an update to your map incorporating data from 2011 on?

Thank you so much for your attention. 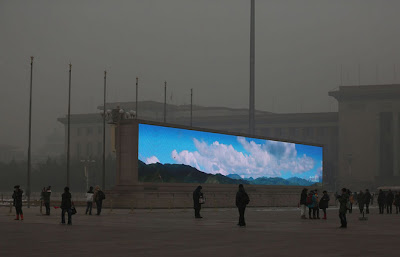 Incredibly, the list of polluted places doesn't include Fukushima - which will probably be uninhabitable, approximately, forever.  It did include places in China, but I saved that for the following film version, parts One and Two below - and/or, you could click on this link to an article in the Atlantic that has the unspeakably cynical scene above, as well as interactive photos showing before and after images.  Some of them fade in and out, from times of reasonably good visibility... 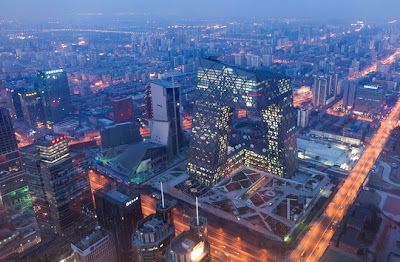 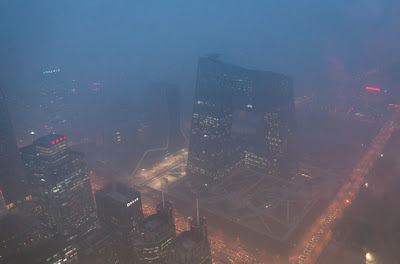 It makes me wonder why so few people understand that ozone precursors are flowing across the globe like a tsunami of highly reactive poison, leaving dead trees in its wake. 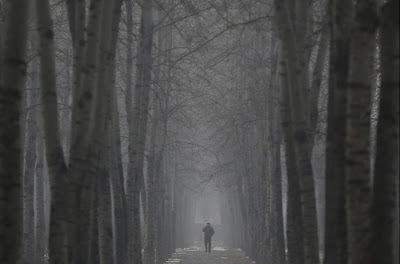 I highly recommend watching this film, because what happens in China isn't staying in China.