Irene and the Hummingbird

I was up much of the night, listening to the wind whistle, worried about the creek flooding and trees crashing.  I heard four of them in the dark, but none close by. 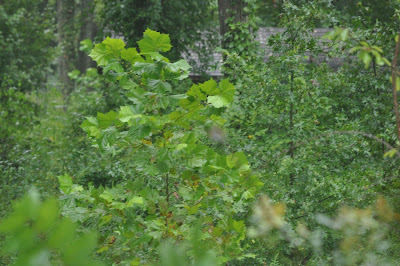 As soon as it was light I looked out the kitchen window, past the little sycamore I planted, through the woods towards the chicken coop. 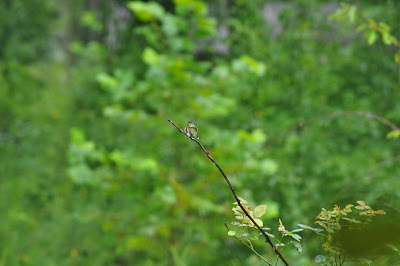 A little hummingbird landed on a dying rose branch just in front of me, and clung to it tenaciously. 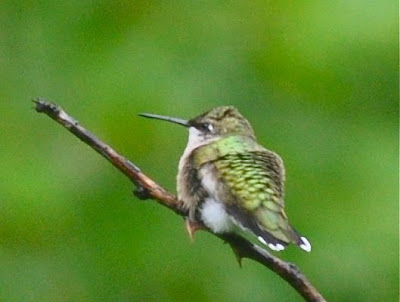 The wind was still strong, and ruffled its feathers. 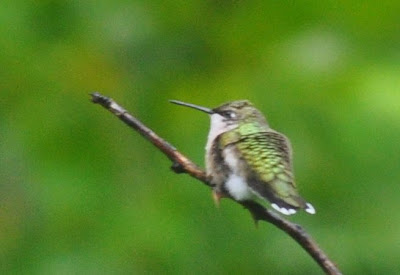 A large gust almost tore him lose, and forced him to turn around on the branch. 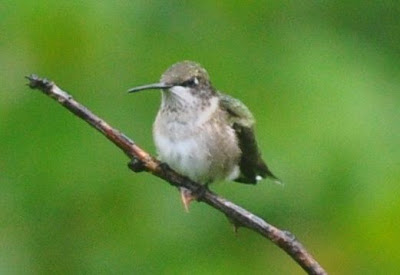 He looked rather annoyed. 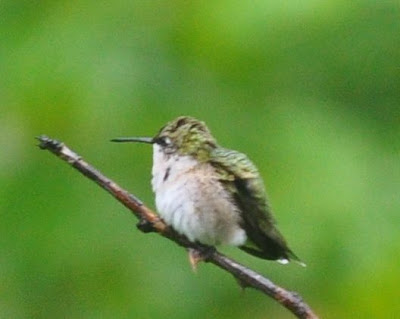 But he sat stubbornly, puffed up from the wind. 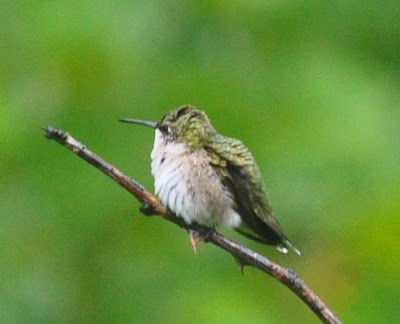 The anchors on the teevee are saying there has been an enormous number of downed trees and power outages, considering it wasn't that ferocious of a storm.  They are blaming the fallen trees and broken branches on localized "microbursts".  Ha! 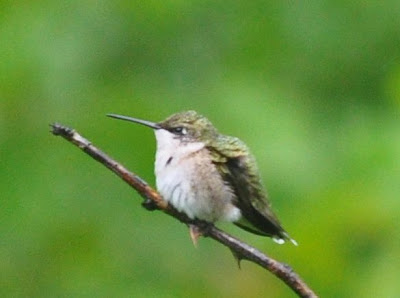