“It's an ill wind that blows no good.” 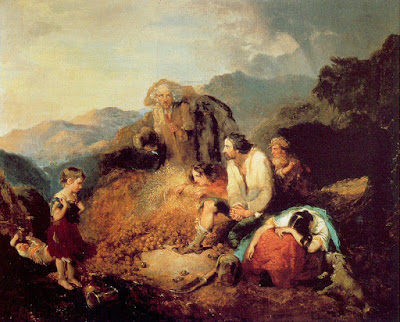 This is a time of desperation for so many refugees who have been forced to leave their homes and seek safety in a foreign land.  It is another tragic repeat of many such travails in the past that occur when the human population outstrips the ability of their homeland to sustain them, and conflicts result.  The images in this post were compiled at Views of the Famine, which includes contemporary accounts of the disease, impoverishment and eviction which led in turn to starvation and emigration - one million of each, for two million of the Irish during the period 1845 - 1852. 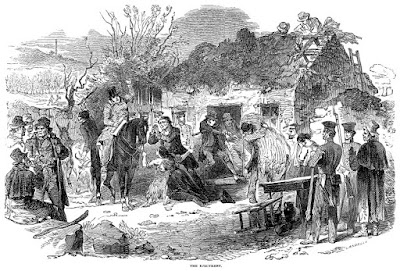 Although I’m extremely fond of certain specimens of Homo sapiens, and am no less appreciative of our accomplishments of an artistic, intellectual, and scientific nature, I think a strong case can be made that our species has been that rare ill wind that has blown no good - at least from the point of view of most of the other forms of life on the planet. 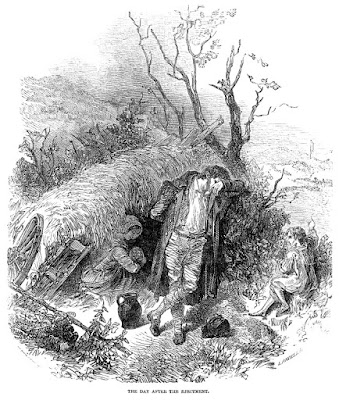 As evidence for that rather bleak assessment I offer the review of a book that was thoughtfully left by an anonymous commenter as a link to the most recent post here at Wit’s End.  The book is titled Invaders:  How Humans and Their Dogs Drove the Neanderthals to Extinction, by Pat Shipman.  The review is titled Blame the Dog, but as the author Steve Donoghue later clarifies, that is meant only in jest, as he wrote in an exchange of comments:  “...if wolf-dogs hadn’t been available, early Homo sapiens would have used some other animal, even killer canaries.”  Although it seems to sadden him, he places the blame for mass extinctions and genocide, in the Pleistocene and today, squarely on us. 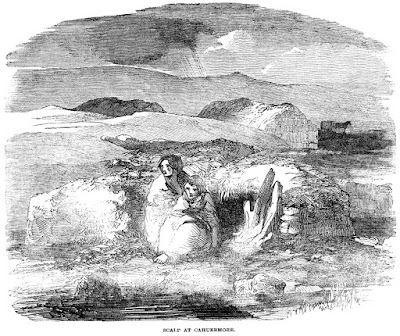 There is an informative discussion in the comment section, which I will leave to the reader to explore.  At the end of this post is a video about one of the discoveries mentioned, a cave containing the cannibalized remains of several Neanderthal individuals. 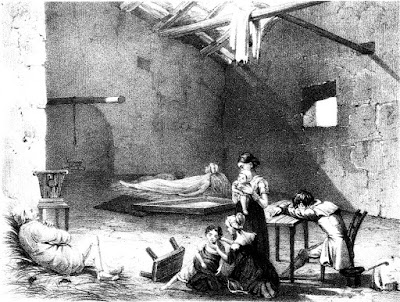 Following is the transcript for my most recent segment which will be archived at ExtinctionRadio.org, which airs Sundays at 3pm ET on ActivateMedia: 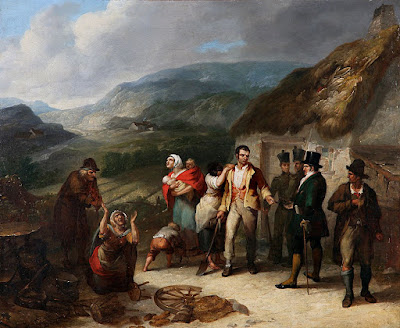 Thank you Gene, and greetings listeners.  This is the 14th Dispatch from the Endocene.  You will be able to find the transcript, and links to references, at the radio website - and also my blog, Wit’s End.

It was my 61st birthday this week!  Maybe because of all the lovely wishes and gifts I am so grateful to have received, or maybe because I’m finally getting used to being old, or both, I had a wonderful day.  I think I have finally passed the point where I regret aging, and I am just astonished, and joyful, to have another reprieve from death and oblivion in which to appreciate this glorious, splendid miracle known as Earth.  So I hope that will sound as inspirational as I intend it.  Because it’s on to doom. 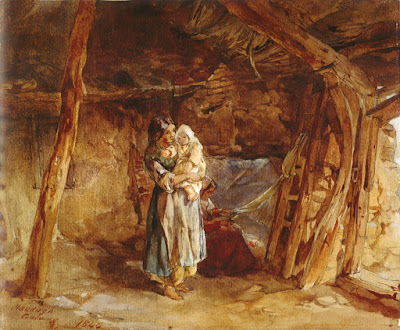 Regardless of whether you gaze into the sky, hike in a forest, or snorkel in the sea, it has become trivial to find evidence of an increasingly rapid mass extinction.  Biologists who specialize in every ecosystem have warned of dwindling wildlife populations for years - and now anyone who isn’t locked in a windowless prison can easily take note of the obvious loss of birds and bees, of fish and flowers. 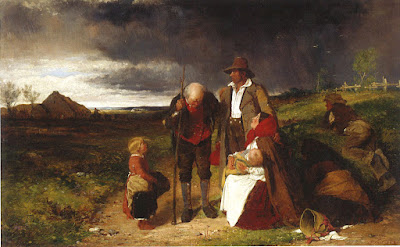 I almost said anyone who isn’t in trapped in a cave - but bats are disappearing too.  A relentless parade of new studies and reports constantly emerge, chronicling the demise of all sorts of species that once made our world such a rich, and perhaps even unique, biosphere in the galaxy - a paradise teeming with marvelously exotic and seemingly improbable forms of life.

The most recent Living Blue Planet Report has determined that the decline in tuna and mackerel populations has been a “catastrophic” reduction of nearly three quarters over the past 40 years; and, overall since 1970, the population of marine vertebrates has nearly halved.

One article about the update quoted Louise Heaps, chief advisor on marine policy at World Wildlife Foundation UK, as saying, “We are destroying vital food sources, and the ecology of our oceans.”

A major factor in collapsing fisheries is excessive harvesting.  For example, the report cites sea cucumbers, which have fallen over 90% in places, because they are a delicacy in Asia.  Populations of endangered leatherback turtles are described as plummeting, and a quarter of shark species are expected to become extinct within ten years, in order to supply the appetite for shark-fin soup.

In addition to overfishing, plastic pollution is building up in the digestive systems of fish. Also, crucial habitat such as coral reefs and mangrove swamps along coasts is being lost.  Meanwhile CO2 will continue to acidify the ocean even after we stop emitting it into the atmosphere.

I was astonished to read a quote indicating that until recently, not just among right-wing conservatives but even for environmental conservationists, the sanctioned attitude towards the ocean and the atmosphere was that they were considered to be a convenient bottomless receptacle  for human sewage, garbage, and filthy by-products.  Louise Heaps said “I am terrified about acidification…That situation is looking very bleak. We were taught in the 1980s that the solution to pollution is dilution, but that suggests the oceans have an infinite capacity to absorb our pollution. That is not true, and we have reached the capacity now.”

September is the time of year for the beleaguered monarch butterfly to commence its arduous migration south, from North America.  These amazing creatures fly 3,000 miles using unfathomed navigational skills that have confounded lepidopterists, which makes it all the more terrible that their numbers are plunging.  Rebecca Riley, an attorney with the National Resource Defense Council, said “The monarch population that overwinters in Mexico has plummeted more than 90 percent in two decades – it is a perilous decline”.  There are numerous reasons, the least well known of which is that milkweed, the only food for the caterpillars, is extremely sensitive to air pollution.

In a discovery that inspires adjectives from staid scientists such as surprising, disconcerting, and alarming, it has just been determined that warming of drylands, which comprise 40 percent of Earth’s land surface, is now expected to initiate enormous amounts of carbon release.  Such landscapes are normally protected by what is known as “biocrust”, described as “a combination of mosses and lichens that are in effect glued together by photosynthetic microorganisms called cyanobacteria, which provide structure to the landscape through the carbohydrate molecules they secrete.”  On top of this structure grow lichens and mosses.

Damage from humans who trample this delicate covering underfoot and crush it driving off-road vehicles has long been a concern, but this research indicates global warming will add to dust storms, erosion, and yet another amplifying feedback to global warming.

As the Pacific Northwest warms and dries, it is been established in a newly published paper that many of the region’s amphibians - frog, newt, and salamander species - will be unable to survive the changed environment.  Lack of winter snowpack and high temperatures mean that wetlands are already becoming ephemeral or disappearing, leading to “massive breeding failures” and deaths of adult frogs.  It doesn’t help that frogs have been dying from a fungus that some attribute to chemical pollution.  It can be expected that birds, snakes and mammals that feed on amphibians will be impacted, in addition to all the other creatures large and small, from mountain lions to shrews, who rely on ponds for drinking water.

A particularly egregious item in the roster of human malfeasance this week was an episode in Costa Rica, where a protected beach was inundated with enthusiastic tourists.  The crowd disrupted the periodic nesting of sea turtles, who periodically crawl laboriously up the sand from the ocean to lay their eggs.  So many people taking selfies and pictures of their children sitting on the turtles’ backs led to the creatures heading back to the water without having laid any eggs.  Which might not have mattered, because apparently it is legal for people to collect and sell them, in a controversial program of “sustainable” harvesting, which is criticized for encouraging poaching.

None of this should be a source of consternation, since it would appear to be deeply embedded trait that is nothing unusual for homo sapiens.  A new paper puts our species in a very special niche, that of “super-predator”, by isolating behavior that is unique to humanity.  From an article describing the research:

“The paper — more than 10 years in the making — surveyed 2,215 predator species around the world. It found that humans kill adult animals at rates up to 14 times higher than any other predator. Not only that, but we also target an abnormally high number of other predators, not just for food but also — as with Cecil the lion — for sport”.

…“I would hazard to guess that we are the only predator that commonly and at very high rates kills animals we are not intending to kill.  What a sort of grotesquely sloppy predator we are that can do that.”

The abstract of the paper, in Science Magazine, notes:

“In the past century, humans have become the dominant predator across many systems. The species that we target are thus far in considerable decline; however, predators in the wild generally achieve a balance with their prey populations such that both persist.”

I’ll make a prediction.  Nature will ensure that humans eventually achieve a balance with our prey populations, and fairly soon.  We will all be at zero.

Thank you so much for listening, and if we’re all still here next week, please tune in for Dispatch #15.

Humans are super predators, article about the research:
http://www.alternet.org/environment/meet-super-predator-wiping-out-worlds-wildlife