It's high time this got more attention. It's harder for deniers to claim CO2 + H20 doesn't make carbonic acid, and that doesn't dissolve calcium-based shells. 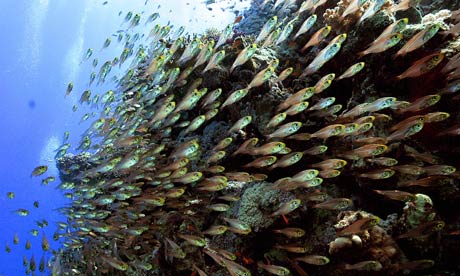 "A report by more than 100 of Europe's leading marine scientists, released at the climate talks this morning, states that the seas are absorbing dangerous levels of carbon dioxide as a direct result of human activity. This is already affecting marine species, for example by interfering with whale navigation and depleting planktonic species at the base of the food chain.

Ocean acidification – the facts says that acidity in the seas has increased 30% since the start of the industrial revolution. Many of the effects of this acidification are already irreversible and are expected to accelerate, according to the scientists."