The rose bushes are losing canes but the flowers are still magic. 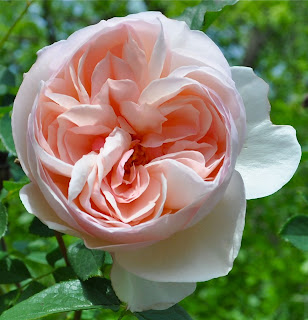 Pines are getting steadily thinner - those that have needles at all. 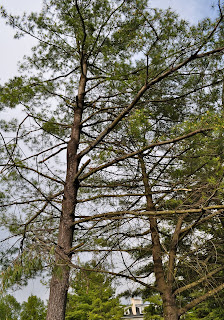 This earlier post described how this spring the sycamores were able to produce only a smattering of a few small leaves, which then promptly shriveled up. Now, other trees are beginning the same process - not as uniformly as a species...but individual specimens, maples and oaks particularly. This example is a flowering pear. 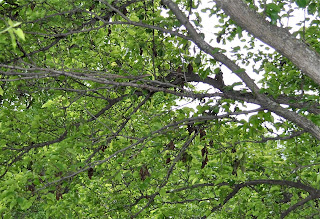 Across the entire crown clusters of brown leaves are dangling. 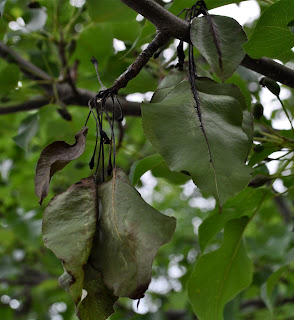 This is far worse than the wilting and singeing that was widespread last summer. 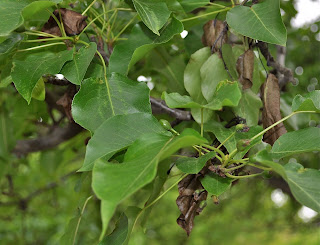 Plus, everywhere more and more trees are falling. 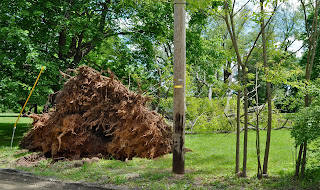 Here is another view of the same tree from the side. I don't recognize it. 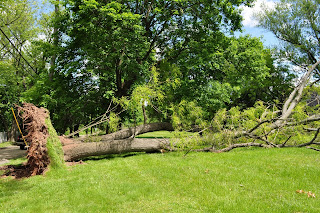 The leaves resemble honey locust, so perhaps it is another variety. The flowers are pretty and smelled so sweet! It's really sad it toppled over. Several studies have shown that ozone can cause severe root injury well before damage is visible in the foliage. 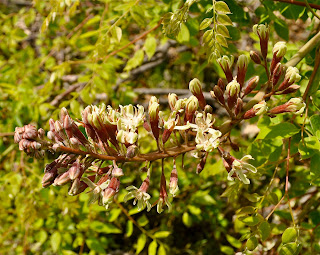 This tree fell on the same property, a bit further along the road. 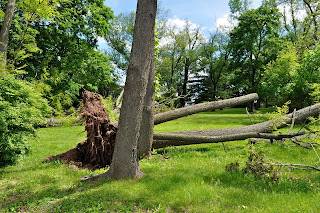 The trees beyond it have thin coverage and bare branches. 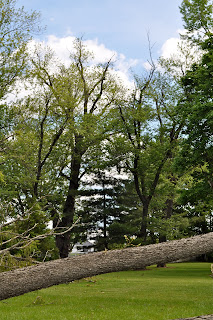 Another huge tree came down here a few months ago, but I didn't get a picture of it. The stump is behind the large hickory in the foreground, which of course, has very few leaves. 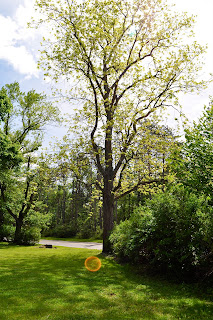 I had been planning to stop some time anyway, just to get a picture of its wildly peeling bark. 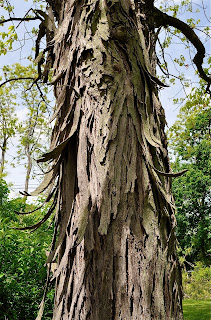 There is going to be a rash of this scene, very suddenly. 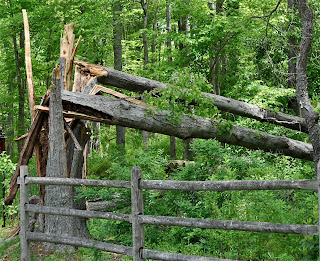 Whether that will occur before or after people notice that we have reached a critical, intolerable level of ozone in the atmosphere remains to be seen. There is virtually no foliage anyplace that isn't abnormal this season, and it's early yet. The azalea leaves are lumpy, and strangely colored. 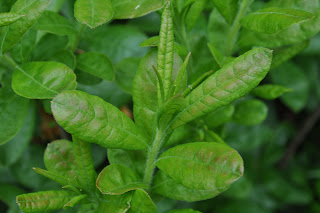 This is what swiss chard is doing already! Glossy green leaves turning into ghoulish webs of dead brown tissue. 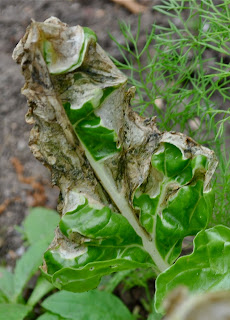 Even the peas just up have a weird texture, with veins that are overly prominent - a classic symptom of exposure to ozone. 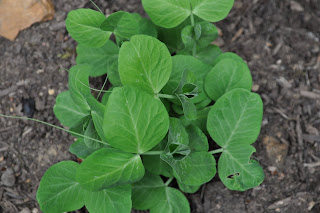 This morning I read a report with a certain degree of skepticism: Invasive Kudzu is Major Factor in Surface Ozone Pollution. Seriously? If that's true, I guess my question would then be, where the hell is all the nitrogen in the air coming from that the isoprene and nitric oxide are reacting with?

"Kudzu, a leafy vine native to Japan and southeastern China, produces the chemicals isoprene and nitric oxide, which, when combined with nitrogen in the air, form ozone, an air pollutant that causes significant health problems for humans. Ozone also hinders the growth of many kinds of plants, including crop vegetation."